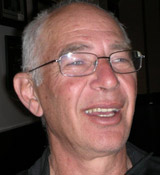 Brian Braude passed away on August 3, 2011. He was born in South Africa in 1948 and came to live in Israel in 1974. He was married to Jehudit, who was born in Morocco, and altogether they have five children. Brian worked in private practice as a dentist, which he studied in South Africa at Witwatersrand University. Brian also studied social work at Tel Aviv University. His hobbies were cooking, photography, gardening, running, films, carpentry, and the computer. However, Brian's passion was traveling, both in Israel and especially overseas, where people of different cultures were of special interest to him. His writing, in his words, was limited to two fields – travel articles for ESRA and prescriptions for his patients.
Script Execution Time: 1659995371.762 seconds-->