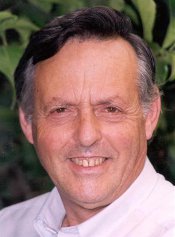 Donald Silverberg was born in Winnipeg Canada in 1937. He graduated Medicine (University of Manitoba) 1962. His postgraduate studies in Internal Medicine and in Nephrology were at the Mayo Clinic Rochester, Minnesota and University of Lund, Sweden 1962-1967. He became a Fellow of the Royal College of Physicians FRCP of Canada, 1968. He practiced as an internist in Canada from 1968 – 1976.

In 1976 he made aliyah with his wife Myrna and 3 children. In Israel he practiced as an internist in the hospitals at Tel Hashomer, Beilinson and Ichilov. He was also National Director of High Blood Pressure Control for Histradrut Health Fund (1979-1986); Medical Director for the City of Tel Aviv (1986-1991); Professor of Medicine Tel Aviv University from 1999 to present.
Donald has had published 160 scientific articles and 20 chapters in books and edited 3 books on medicine.

His hobbies include singing in a choir, acting, and history. He is a frequent lecturer on health and history at AACI Netanya where he lives with Myrna.

His one son is a surgeon (Dan); the other a lawyer (Monte) in Israel and his daughter (Tzvia) is a director of the Jewish Film Festival in Silicon Valley.