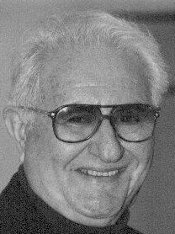 Lloyd Masel was born in Perth, Western Australia in 1932. After completing secondary school he joined the family retail business in 1950. An active sportsman, Lloyd participated in several Maccabi sporting carnivals where he became close friends with Shush Sheiner. They married in 1956.
Lloyd became involved in Zionist activities in 1964, forming the West Australian Friends of the Israeli Philharmonic Orchestra and reconstituting the West Australian Friends of the Hebrew University of Jerusalem some years later. In 1975 he was elected President of the State Zionist Council of Western Australia.
As a young man Lloyd was encouraged to train as an opera singer after participating in a prestigious singing and instrumental competition in Perth conducted by the Australian Broadcasting Commission. In 1958 Lloyd, with his wife and child, went to Melbourne to study singing with renowned singing teacher Henry Portnoj.
On returning to Perth in 1960 Lloyd served as Honorary Choirmaster and soloist of the Perth Hebrew Congregation for more than 30 years.
With the formation of the West Australian Opera Company in 1967 Lloyd was appointed principal tenor of the company singing major tenor roles in Carmen, La Boheme, Faust, Madama Butterfly, La Traviata, Cosi fan Tutte, Die Fledermaus and Gipsy Baron.
In 1999 Shush and Lloyd came to live in Israel to join two of their four children and their families. Since arriving in Israel, Lloyd continued singing activites. In 2000 he joined the Ramat Gan Chamber Chorale and in 2004 opened a teaching studio for students of opera and musical theater.
Around the same time, the musical group ‘Coffee and Cream’ was formed together with English ballad singer Lillian Unger and American pianist Evelyn Tamary to perform musical revues for fundraising organizations, including ESRA.