“Be our Guest” at Beauty and the Beast

Put our service to the test

Tie your napkin 'round your neck, Cherie

And we provide the rest

The song "Be Our Guest" featuring singing and dancing crockery and cutlery is one of the best known musical numbers in Beauty & the Beast, this season's production by The Light Opera Group of the Negev (LOGON). The enchanted household of living inanimate objects is led by the hilarious Lumiere, the French candlestick, and Mrs. Potts, the teapot.

Adapted from the blockbuster animated feature film Disney’s Beauty and the Beast, the theatrical version, ran for thirteen years on Broadway. The music and lyrics are by Broadway legends, Alan Menken, Howard Ashman and Tim Rice. In addition to "Be Our Guest," other famous songs from the show include the hit title ballad, “Beauty and the Beast,” "Belle," and "Gaston".

As the narrator explains at the beginning of the show, "Once upon a time in a faraway land, an Enchantress turns a cruel, unfeeling Prince into a hideous Beast. To break the spell, the Beast must learn to love another and earn her love in return before the last petal falls from an enchanted rose."  Based on a familiar fairy tale, Beauty and the Beast is a classic story of finding true love where you'd least expect it. If the Beast, who is really a Prince, can learn to love and be loved, all will be well. If not, then he and his household will be doomed to live in their cursed states for eternity.

In 1946, French poet and filmmaker Jean Cocteau produced the first modern production of the story, the black and white film La Belle et la Bête. The Broadway musical is based on the Disney film released in 1991, the first ever animated film nominated for the Academy Award for Best Picture. When the Broadway version, which added several new songs, hit the stage in 1994, it became a huge success, winning theatrical prizes in all categories and going on to become an international sensation.

Yaacov Amsellem, directing LOGON again for the sixth year, says that the main challenge in producing Beauty and the Beast has been "to translate the fantasy and the magic into a show that reveals the deeper meaning of the story". Though Beauty and the Beast is very popular with youngsters, "the show is not really a children's story, but a genuine folk tale, a metaphor which criticizes the worship of external beauty. Thanks in large measure to the wonderful music", says Amsellem, "this isn't a sort of festigal' just for children, but something quite sophisticated that has meaning for every intellectual level".

In this season’s production, there are more than fifty performers on stage, twelve of whom are newcomers to LOGON. These include three Americans studying at the Medical School for International Health, the collaborative program with Ben Gurion University of the Negev and Columbia University.

LOGON, Israel's veteran English-speaking musical theater company, is celebrating its 32nd year. It has a unique place in the country, producing a different Broadway musical every year, which it performs all over Israel. In November 2012 the company, whose members rehearse in Beersheba, had to suspend rehearsals for ten days during the latest round of fighting between Israel and the Hamas-led Gaza Strip as missiles fell on the city and surrounding area. This has meant doubling the rehearsal schedule in the last three months.

LOGON will present Beauty and the Beast at venues across Israel, between February 14 and March 14. Since the theater that LOGON normally uses in Kfar Saba is being renovated, the performance has been moved to the beautiful new Petach Tikva Heichal Hatarbut. We believe that LOGON’s reputation for offering superb performances, in addition to providing the opportunity for people to support ESRA by attending a really great show, will ensure that our faithful audience will come to Petach Tikva.

The performances sponsored by ESRA are:

For information about other performances, call 08 641 4081, or go to www.negevlightopera.com. 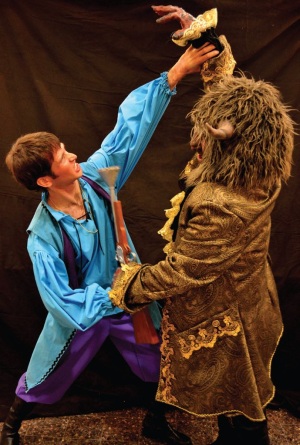 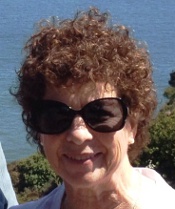 Patricia (Patti) Golan is a veteran journalist who has lived in Israel since 1969. Among other positions, she was the Middle East correspondent for the Christian Science Monitor, Radio and Voice of...
More...