In Response to Readers 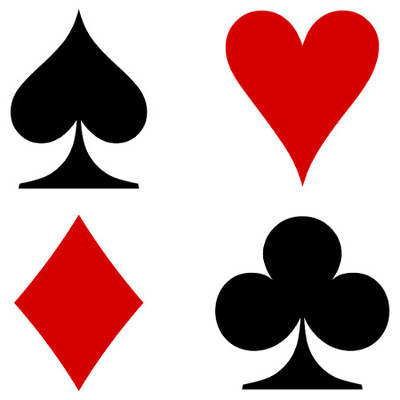 In this article, I have chosen to respond to respond to comments and queries arising from two articles I wrote in prior editions of the ESRA Magazine.

The first came recently, somewhat out of the blue in that it related to an article I wrote in ESRAmagazine #159, April 2011, headlined: “Losing Trick Count - the Rule of 18”. The question posed by the reader was “Is there any way LTC can be applied if you don't have a fit?”

In short, the answer is “No” and it also doesn’t apply to evaluating No Trump hands. Let me elaborate:

As I wrote in the original article, the Losing Trick Count (LTC) method is used to evaluate hands in the context of a fit of eight or more cards between their own and partner’s hand. By using this method of counting losers based on distribution and honor cards, we can determine roughly the number of winning tricks we can make on a given hand in a suit contract.

Essentially, the LTC gives value to distribution by looking only at the top three cards in each suit. You count as a loser any of those cards which is not an Ace or King. Queens are also counted as covering cards, that is non-losers, if they are protected by an Ace or King in the same suit or if they are in a suit known to be held by partner. If you have a doubleton in a suit, you of course only consider those two cards, and a singleton, only one. At most, in the case, of a 4-3-3-3 distribution, the flattest possible, you would consider 3 cards in each suit so the maximum LTC is 12.

However, if your LH opponent passes and partner now bids 2H, see how Your ©Q is now a covering card and your LTC drops to 7. Now that you DO have a fit, you can and should bid 4H!

The second comment relates to a hand I included in ESRA magazine # 195, under the headline “End Play”:

In the article, I described how South, as declarer in 3NT Doubled, won West’s lead of the ♠ J in hand with the ♠ Q. He then played 5 rounds of clubs, discarding the ¨8 from his hand on dummy’s last club. West, not unreasonably, discarded a spade, a diamond and a heart, leaving himself with ♠ K 10 7, ©A K, ¨K 9, but could not avoid being end-played. After scoring 2 heart and 2 spade tricks, he had to lead from his diamond King into South’s ¨A Q holding.

The comment received from the reader was: “The contract can be defeated if West leads ©A followed by the ©K and then a small heart to East’s ©Q. A return of either a diamond or a spade from East ensures East-West get 5 tricks”

Not so, I’m afraid dear reader. In either case declarer goes up with the Ace of the suit led by East and cashes the ©J and 4 club tricks. Let’s say East had led a spade at trick 4, this is the 4-card position when declarer leads dummy’s fifth club, the §6:

East discards a spade and declarer his ¨8 but West is squeezed: If he discards the ♠10, the ♠Q from dummy would throw him in with his now bare ¨K forcing him to lead away from his ♠K and conceding the last two tricks to declarer’s ¨A Q. If, on the other hand, West discards a diamond, declarer wins the next trick with his ¨A, dropping West’s now bare ¨K. The ¨Q gives declarer his ninth trick and the contract.

Actually, the contract can be defeated if West leads ©A but follows this at trick two with a small heart to East’s ©Q. East now returns a diamond, before declarer’s ©J is established, and South cannot make more than 8 tricks.

I hope you have enjoyed reading my responses as much as I did writing them. Please keep the comments and questions flowing.

Happy times of Shirley at Jockey Club
Bridesmaid recalls a very special day 59 years ago
Do you need a new-style senior citizen card?