The two items in ESRAmagazine #200 prompt me to write about two prominent dedicated anti-Semitic British politicians quoted in:

1. Barry Shaw’s important ESRA lectures titled “The Corbyn and Omar threat to Jews and Israel” and,

2. Adele Rubin’s letter “Warning that went unheeded” on Shuli Eshel’s Documentary A voice among the silent - the legacy of James G. McDonald.

Quotes from my book Israel, a Chronology:

In 1933, McDonald (1886-1964) was appointed High Commissioner for Refugees from Germany (affiliated to the League of Nations). He supported the emigration of German Jews, appealing to the US government and The Vatican. President Roosevelt tells McDonald he would assist with a donation from Congress, however, few of his commitments ever become a reality, or were at best, only partially or never implemented: e.g. MS St. Louis, a passenger liner carrying 937, mostly German Jewish, refugees, sailing from Hamburg on May 13, 1939, was NOT permitted to dock in the USA. In addition, the USA convinced Cuba to disallow embarkation, as did Canada.

In December of 1945, McDonald was the US head representative in the Anglo-American Committee of Inquiry on Palestine to examine the possibility of settlement of European Jews in Palestine. The final report on April 30, 1946, called for the immediate admission into Palestine of 100,000 Jewish Displaced Persons. This report was rejected by the British PM Attlee, and also seen very negatively by the British Foreign Minister Bevin. The British did not want the refugees to arrive in Palestine, while demanding they return to their original locations in Europe (we all know what happened to Polish Jewish survivors who returned to Poland).

In his diaries, McDonald wrote of his meeting in London in 1948 with Foreign Secretary Bevin "I had to tell myself that this was not Hitler seated before me”. McDonald was appointed the first US Ambassador to Israel.”

I add: Corbyn is Bevin’s clone, as he openly courts terrorist groups - PLO, Hamas, Hezbollah whose aim is the physical destruction of Israel and killing of Jews.

Connecting with your Kibbutz volunteer friends 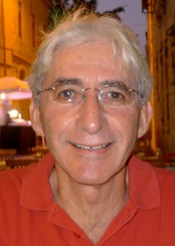 Adrian Wolff was born in London, and after graduating BA Honours in Economics from the University of Cape Town, he immigrated to Israel. He worked in the field of economics and marketing.  He ...
More...