by Aryeh A. Frimer Category: Jewish Scene Issue No. 167 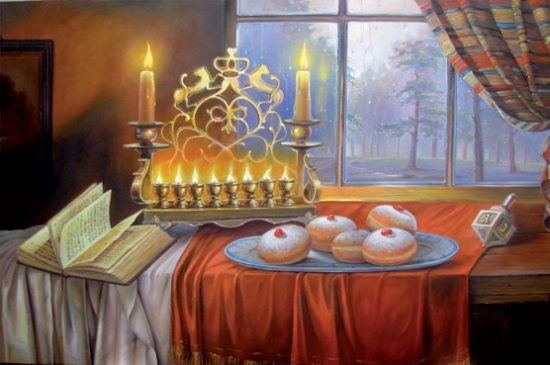 The origin of the name “Chanukah”

In memory of our son Yaakov Yehudah Frimer

The historical facts surrounding Chanukah are well documented. In 175 BCE Antiochus IV Epiphanes ascended to the Seleucid throne of Syria which controlled Judea. Under his reign, the Temple in Jerusalem was looted, Jews were massacred, and Judaism was effectively outlawed. In 167 BCE Antiochus ordered an altar to Zeus erected in the Temple. Interestingly, modern scholars argue that Antiochus was intervening in an internal civil war between the traditionalist Jews in the country and the Hellenized elite Jews in Jerusalem. Antiochus took the side of the Hellenizers by prohibiting the religious practices the traditionalists had rallied around. This resulted in the popular Maccabean revolt lead by Mattathias the Priest and his five sons. By 165 BCE the Jewish revolt against the Seleucid monarchy was successful. The Temple was liberated, cleansed and rededicated – including the lighting of the Menorah. The festival of Chanukah was instituted by Judah Maccabeus and his brothers to celebrate this event.

The most likely explanation of the name Chanukah, as suggested by the Or Zarua (vol. 2, 321; see also Maharsha to Shabbat 21b) is that this name refers to the dedication of the new altar in the Second Temple after the Hashmonaim (Hasmonean; Maccabean) victory. The Greeks had desecrated the altar by using it for pagan rituals, and thus the Maccabees reconstructed it and formally consecrated it for use. The term Chanukah means "dedication" and, thus, most likely refers to the rededication of the altar after the Hasmoneans regained control over the Temple.

Rabbi David Silverberg (http://tinyurl.com/8nomfp4) notes that we find other suggestions among the Rishonim (early Talmudists; 1000-1492) as to the etymological source of the word Chanukah. For example, a number of Rishonim speculated that the name Chanukah "is the product of a contraction of the two words hanu kaf-hei, or 'they rested on the 25th'." The battle for freedom was decidedly won on the 25th of Kislev, and the Sages thus named this holiday Chanukah to celebrate this victory that occurred on the 25th day of this month.      This theory appears in the Ran (Shabbat 21b), Shibolei haLeket (189) and Avudraham (Hilkhot Hanukah).

Interestingly enough, a number of Aharonim (later Talmudists; after 1492) understood the term hanu kaf-hei – the origin of the name Chanukah according to the aforementioned Rishonim – as a reference to "resting" in the sense of issur melakha – desisting from constructive activity. The Bach (O.H. 67) and Iyun Yaakov (Shabbat 21b) in fact point to this etymology of the name Chanukah as the source for the custom documented by the Maharil that women do not perform any work during the time when Chanukah candles burn.   In their view, the "resting" of which the Ran and other Rishonim spoke refers to refraining from constructive work, and hence the proper observance of Chanukah requires at least some element of refraining from work. The tradition recorded by the Maharil sought to observe this element through the practice of women desisting from work at least while the candles burn.

Rabbi Hayyim Yosef David Azulai (Hida), both in his Birkei Yosef commentary to the Shulhan Arukh (O.H. 670) and in his Petah Enayim commentary to the Talmud (Shabbat 21b), disputes this contention of the Bach and Iyun Yaakov. Firstly, he notes, the custom recorded by the Maharil developed in recent generations, and is not mentioned in any earlier sources. It is thus unlikely that it was practiced during Talmudic times or certainly at the time when the observance of Chanukah was instituted. Moreover, Hida, argues, even if one could trace this custom back to the original institution of the holiday, it clearly was never enacted as an outright obligation. It seems difficult to imagine that the name Chanukah would refer to an ancillary, optional custom that does not comprise one of the fundamental observances of the holiday. Clearly, then, contends Hida, the word hanu mentioned by the Rishonim cited above refers to resting from battle, and not to refraining from work.

May this Chanukah signal the fulfillment of the various definitions of the holiday’s name: a cessation of the threat of war in our region, and the concomitant ability to rededicate our lives to spiritual and personal growth. Hag Urim Same’ah.

A bit of humor
Kabbalah For All