by Aryeh A. Frimer Category: Jewish Scene Issue No. 142 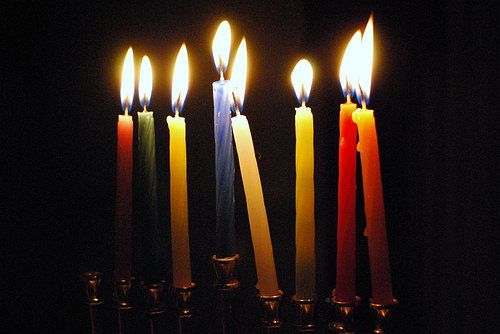 Chanukah – A Holiday of Unity

In memory of Yaakov Yehudah Frimer

The tale of Chanukah is known to all. In 175 BCE Antiochus IV Epiphanes ascended to the Seleucid throne of Syria which controlled Judea. Under his reign, the Temple in Jerusalem was looted, Jews were massacred, and Judaism was effectively outlawed. In 167 BCE Antiochus ordered an altar to Zeus erected in the Temple. Interestingly, modern scholars argue that Antiochus was intervening in an internal civil war between the traditionalist Jews in the country and the Hellenized elite Jews in Jerusalem. Antiochus took the side of the Hellenizers by prohibiting the religious practices around which the traditionalists had rallied. This resulted in the popular Maccabean revolt lead by Mattathias the Priest and his five sons. By 165 BCE the Jewish revolt against the Seleucid monarchy was successful. The Temple was liberated, cleansed and rededicated – including the lighting of the Menorah. The festival of Chanukah was instituted by Judah Maccabee and his brothers to celebrate this event.

The 2006 Israel Prize winner in Jewish Thought, Prof. Gerald Blidstein has noted that the Talmudic presentation (Shabbat 21b) of the story of Chanukah is suprisingly telegraphic – essentially two lines long. It simply states that the Greeks defiled the Temple, and when the Maccabees vanquished them and re-entered the Temple, they relit the Menorah with the oil of a miraculous cruse – whose light lasted not one day but eight. That’s it. The focus is on the spiritual – on the miracle of the cruse of oil, the nes pach ha-shemen.

However, I would like to turn to the second motif which Prof. Blidstein notes is lacking from the Talmudic presentation. An integral part of the Chanukah story, as we moderns tell it, is the negative role played by the Jewish Hellenizers; those who supported the introduction of Greek values, language and religion; those who supported the abrogation of the Sabbath and circumcision and the introduction of idolatry; those Jews who actually battled together with the Greeks against the Maccabees. But these Hellenists are totally absent from the Talmudic rendition of the Chanukah story and the question is, why?

Three answers can be suggested:

Firstly, it is possible that the rabbis simply ignored them, perhaps the clearest form of rejection.

A second more thoughtful reason is that Hellenism is a complex multifaceted phenomenon, simultaneously containing positive and negative elements. Both blanket condemnation and uncritical approval miss the point.

But perhaps the most important reason is that the rabbis of the Talmud did not want Chanukah to be remembered as a civil war. They wanted to focus on the nes pach ha-shemen so that the Chanukah lights would rekindle the Jewish spirit. Our sages wanted this holiday of redemption to unify the people of Israel – to be one that would lead to a community of caring and a vision of a common destiny. Indeed, based on Chanukah’s widespread observance it looks like the rabbis succeeded.

In summary, then, Chanukah is a holiday which represents not only the themes of bravery and faith, gevura and emunah, but also Jewish unity and caring. In our unfortunately fragmented society, may we learn these lessons well.