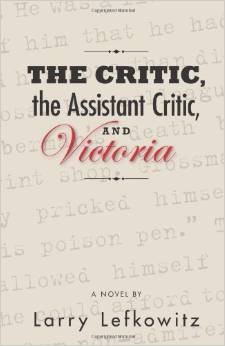 "For those who enjoy literature, particularly the old European classics, they will enjoy the extensive use of literary references. Also there is a great love for and use of Yiddish" - Goodreads review

The printed book is available from Amazon Books, but I can to send a free PDF copy if you send me your email.