In Praise of the Danes

1945: Werner Bachmann (center) with brothers Paul and Robert in Stockholm, before departing to liberated Denmark. Below: Werner today

It is now 75 years since my family and I together with about 7,000 other Danish Jews miraculously were rescued to Sweden—events worthy of commemoration.

The following is a very brief account of how the Danes continuously were more than helpful. However, it must be understood that this can in no way fully represent all the many different developments and events. 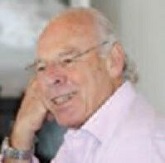 Germany occupies Denmark in a surprise invasion on April 9, 1940

On April 9, 1940, Denmark was invaded by Germany in a surprise attack, so forceful that Denmark had no possibility of resisting and could do nothing but to capitulate within hours. Germany offered Denmark the solution of a “soft” occupation and the Danish Government chose to cooperate with its occupiers. The Danish Government remained functioning and whenever the Germans raised the “Jewish Problem” the Danes refused to discuss it maintaining that this was not a problem. The Germans were interested in keeping Denmark as peaceful as possible—partially to demonstrate a role model for its reign over other countries and most importantly, to safeguard the all important huge supplies of agricultural and other food products from Denmark to the German war machine.

During the first years of occupation the resistance was slack and the population, including the Jews, could go about their daily lives more or less unhindered. However, as the luck started to run out for Germany on the various fronts, illegal resistance was building up and became a serious problem for the occupying Germany. A lot of unrest and demonstrations occurred, including a general strike. The Germans tightened their grip on Denmark and demanded that the government introduce harsh measures, including the death penalty. In protest against these measures the Danish Government resigned on August 29, 1943. 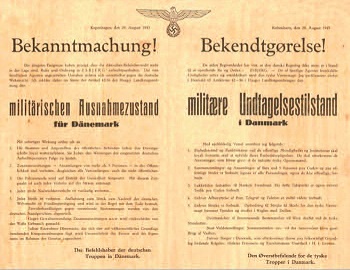 Public announcement in Danish and German from chief commander of German military occupation forces about martial law as of 29th August, 1943

Jewish Life during occupation – and the warning

During the first two and a half years of the occupation my brothers and I attended the Jewish Day School and regularly went to services in the synagogue. The Jewish Community functioned with only a few limitations. However, suddenly the situation changed dramatically and the Danish Government was no longer there to protect us.

Rumors swirled and Danish civil servants made inquiries asking the German authorities of any planned persecution of the Danish Jews. The denials proved to be a big lie. A raid all over the country was in fact planned for Friday night October 1, 1943—on the eve of Rosh Hashanah. Extra German police had been recruited and transport ships had been arranged for a planned deportation.

Luckily, a German diplomat—Georg F. Duckwitz—leaked the plan to leaders of the Social Democratic Party, who in turn warned the leaders of the Jewish Community with the following instruction: “Get out of your homes immediately— go into hiding”. As other Danes learned about the plans, they spontaneously assisted in every manner they could. First of all, they helped by warning any Jew they knew. Then, they assisted in finding hiding places among themselves, among neighbors, friends, hospitals and other places and finally, they immediately organized escape routes on fishing boats from all over the East coast of Denmark. 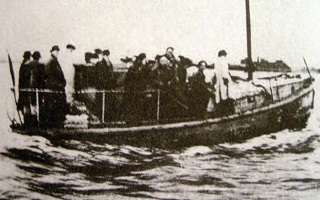 In hiding and rescue to Sweden – or deportation to Theresienstadt

Luckily, Sweden was close by and in the meantime, the Swedish government had issued an open invitation to all Danish Jews. Within the next 10-14 days, during the night and in extremely stormy weather, most of the Danish Jews were taken to safety by boats across “Öresund,” the straits between Denmark and Sweden and were warmly received.

Our family went into hiding and stayed in a home belonging to some gentile business friends in the northern suburbs of Copenhagen. My parents brought nothing with them except the Rosh Hashanah challot, the roast, and some warm clothes. After staying in hiding for three days, one late night a resistance fighter arrived at our door and a trusted cab driver took us to a small port south of Copenhagen. We hid from German patrols behind a barn until we could get through a gate guarded by a Danish policeman who—as he was wishing us a successful journey—whisked us away onto a fishing boat with ten other refugees. Off we went. Half way across, we were transferred to a Swedish light boat that in turn called on a Swedish police patrol boat that took us to a warm welcome in Malmö. The miracle had happened—we had been rescued! Luckily this was what happened in most cases but, of course, there were also many much more dramatic, dangerous as well as unsuccessful crossings to Sweden.

Others were not as lucky as we were. Some drowned during the escape and some committed suicide and most tragically, 472 Jews were caught by the Germans and deported to the Theresienstadt concentration camp. As opposed to other deportees, the Danish inmates were not transported to extermination camps due to a promise by Eichmann to the Danish authorities—a promise that also permitted these authorities to send monthly lifesaving food and clothing parcels to Theresienstadt. Thus, 420 survived while around 52 old, frail, and sick died in the camp. This is one more extraordinary and telling example of the Danish lifesaving support of the Danish Jews.

Our father, originally a successful German lawyer, ended up—after a few odd jobs—with a simple office job at a hospital in Stockholm with a salary that barely made it possible to keep up a decent daily life. Having initially stayed with close family in Stockholm and subsequently at a number of different odd places, we ended up in our own small newly built apartment in the outskirts of Stockholm. My brothers and I attended local Swedish schools.

The daily highlight was listening to the late afternoon uncensored news in Danish from BBC London, whereby we were able unhindered to follow developments on the different fronts. We were led to believe that the war would be over before the end of 1944. But it was not until we listened to the dramatic broadcasting of BBC during the evening of May 4, 1945 that we learned that Germany had capitulated to General Montgomery in Denmark (and several other countries) 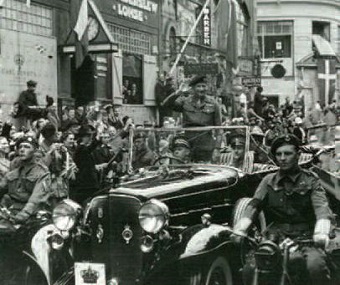 Field Marshal Montgomery, liberator of Denmark 4th May 1945 is cheered in Copenhagen after the liberation

Myth and truth about the famous King Christian X

King Christian X never wore a Yellow Star as the legend has it. But, he was immensely supportive of the Danish Jews by attending the main Copenhagen Synagogue in 1933 celebrating the 100 years anniversary, by sending greetings to Rabbi Marcus Melchior and to the deported Danish Jews in Theresienstadt and by protesting in a personal letter to the German Supreme Commander:

“Although my exercising power has been taken over by the Wehrmacht (German military), it is of utmost importance to me, now that I have been acquainted with the information that the Germans intend to take steps against the Jews in DK, to express my sincere concern: not only out  of human care for the citizens of my country but also out of fear for the consequences of the relationship between Denmark and Germany  I  clearly point out to you that special  steps taken with regard to a group of people, who for more than 100 years have fully enjoyed all civil rights in Denmark, would have the gravest consequences.”

The “White Busses” and how Danish Authorities looked after the Jews

Towards the end of the war, in mid-April 1945, all Jewish and non-Jewish Danish concentration camp prisoners were liberated and brought to Sweden by the so-called “White Busses” provided by Swedish Red Cross, headed by Count Folke Bernadotte. However, it was the Danish medical doctors who insisted that the Danish Jews from Theresienstadt should also be freed.

During the absence of the Jews, the Danish Authorities did their utmost to effectively protect and look after Jewish property, businesses, and other interests, including hiding the Torah scrolls from the main synagogue in a nearby church.

All this happened while refugees in Sweden from October 1943 to May 1945 were well looked after by a special Danish Refugee Administration established under the auspices of the Danish Embassy in Stockholm. Hostels and camps were established for those who had nowhere else to go; special Danish schools were established, and a Danish military Brigade was formed with the aim of securing the liberation of Denmark as soon as the war was over. The cantor Leo Grabowsky and Rabbi Marcus Melchior from Copenhagen, who were also saved to Sweden, visited refugees all over Sweden and arranged prayer services. All this was administered and financed by the Danish Refugee Administration by way of a huge loan from the Swedish government, which subsequently was waived after the war.

The Danish Refugee Administration organized and paid for our return from Sweden soon after liberation day. By that time, another 12,000 Danes had escaped to Sweden due to illegal underground activities against the Germans.

Upon their return to Denmark, our family was lucky to find all our belongings intact, however our apartment had been rented to another family. Even our summerhouse and its garden had been taken care of. Many returning refugees were not quite as lucky; but upon return after the end of the war the Danish authorities again went a long way to assist in compensating any material loss suffered during the escape.

It must thus be noted that the Danish people and the Danish authorities acted with exceptional humanity, showing excessive and extraordinary support, not only during the actual days of persecution in October 1943, but also during the rest of the war and after the war. Recognition must also go to Sweden. The country showed extreme helpfulness and without Sweden, the rescue and the shelter it so graciously provided, we would not have survived.

Our gratitude to our rescuers—the Danes and the Swedes—has no limit. At Yad Vashem in Jerusalem, one of the boats used to rescue us is on display. As a token of gratitude three trees are planted among the Righteous of the Nations: One for The Danish People, one for The Danish Resistance Movement and one for King Christian X. Likewise several KKL forests in Israel have been planted in their honor.

My parents and my brothers had to flee Germany in 1933 and then once again we had to escape from Denmark only ten years later—and twice we were rescued!

No wonder that these events have affected us for the rest of our lives. But we were so lucky!

And for that we are forever grateful. 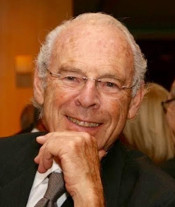