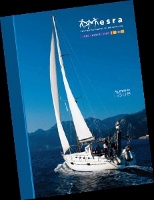 In this issue we are honoring our distributors who have delivered the ESRA Magazine for over twenty years.  What amazing dedication and perseverance, we can only say thank you and how much we appreciate that you have been doing this job for so long.  By now you must know your route without even looking at the labels!

Some of our distributors have asked to remain anonymous and we respect their wishes.  To them we say thank you for their loyalty.

We apologize if we have omitted any of our distributors who are over eighty.  If you weren't in touch with us we don't know your age! 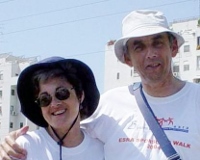 Came on aliyah from the UK in 1977.  As a civil engineer Mike worked in the Caesarea power station, Tel Aviv University as chief engineer, the new airport building and most recently the planned light rail system for Tel Aviv.  In the early days of ESRA he planned a cycle safety week and helped with the ESRA conferences for '60+' and 'Integration through Volunteering' as well as the annual supper quiz.  He is a past chairman of ESRA.  Frankie has worked as a pharmacist in Ranaana for nearly 30 years and became involved in the distribution of the ESRA Magazine in the days when we still wrote the labels by hand.  She helped with the computerization of the database.  She claims to know all the streets in the surrounding areas from the hours spent with local maps dividing ESRA Magazine lists into manageable distribution areas.  The Cronins still enjoy planning and walking with the hiking club and have organized two sponsored walks to raise money for ESRA projects.  Frankie also puts together the monthly events sheet and web bulletin and keeps ESRA's website updated.  They have three children and four grandchildren. 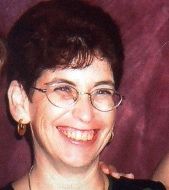 Made aliyah from the USA in 1972.  For the first five years of its existence the magazine was packed and organized from her home (with babies crawling around).  She is a biologist by profession and worked as a medical editor at Beit Levinstein, Meir Hospital and at Wolfson Hospital.  She helped her boss, the late Amram Cohen start "Save a Child's Heart" and is on the organization's board.  The project is still flourishing due to the sound foundation it was set on.  At present she is working as an editor for an engineering company.  She has four daughters and one granddaughter.

Made aliyah from the UK in 1964.  Cyril is a retired insurance underwriter.  Judy was ESRA's secretary from 1981 to 1996.  Both have been involved with ESRA from the early years.  For many years both Judy and Cyril have helped label and pack the magazine.  Cyril was a bundle deliverer and also taught English at the Right Track Center in Netanya.  They have four children and nineteen grandchildren and are blessed to have them all living in Israel. 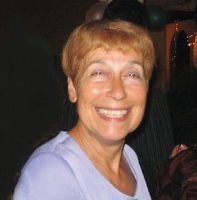 Came on aliyah in 1980.  She is an English teacher by profession.  She lives on a moshav and has fruit trees and olive trees.  Her hobby and business is to make jam and especially olive oil.  She is interested in creative writing.  Sandra has four children and seven grandchildren. 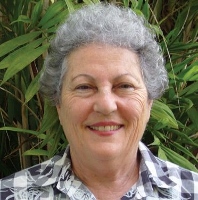 Came on aliyah in 1989 from South Africa.  She started her life in Israel at Ben Yehuda uplan in Netanya.  After a year in Israel she began working at the South African embassy and worked there for 20 years.  She has been a postwoman for the ESRA Magazine from the very beginning. After she retired in 2000, she started volunteering in the ESRA office in Raanana and then moved to the Gan Rashal office.  She has three children, one in the USA, and three grandchildren all in Israel. 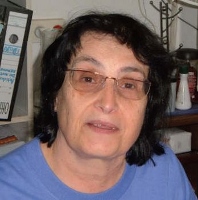 Made aliyah from South Africa in 1971, although she is originally from what was the Belgian Congo.  She worked at the American School in Kfar Shmaryahu for 24 years and after she retired she cared for her late father till he died in 2000.  She then started volunteering and does a variety of different things which she finds very satisfying.  She says that every day she does something else so that life is not boring for her.  She volunteers at Beth Protea, plays with children at "Save a Child's Heart", works at the ESRA Magazine office, helps in the Herzliya municipal library and at the Wizo French library in Netnya. 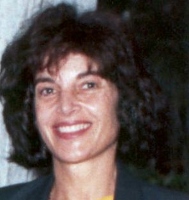 Made aliyah from South Africa in 1979 – exactly 28 years ago.  She is a school teacher and dietician and works in a slimming salon.  She and Averil Shulman conceived the idea of hand delivery of the ESRA Magazine and were its first magazine distributors.  They started 27 years ago by folding the newsletter which was then on folio sheets, hand writing the names and addresses on envelopes and then delivering to some 250 families.  Beverly still distributes the magazine in Raanana and has 70 magazines in her bundle.  She insists she can manage this and will not let us divide her area.  She was the first recipient of the Alan Katz Floating Trophy for the outstanding ESRA volunteer of the year in Raanana in 2001 and has also been a recipient of the ESRA Volunteer Award.  She and Alan have three children.

Rika Meyerowitz was born in Ficksburg, Orange Free State, South Africa. She was educated at Eunice in Bloemfontein and then at the Teacher’s Training College in Johannesburg. She taught at Ki...
More...