My military reserve duty was done at one of the military hospitals in the Galilee, as I had been a paramedic soldier during my three-year compulsory military service.

One autumn afternoon I took my jeep and drove down to the cemetery to put a wreath of flowers on the tombstone of a friend who had fallen some weeks earlier.

There, I saw the head surgeon of the hospital. I stood and watched him as he moved from one tombstone to another. He kicked some leaves and looked as though he were studying each and every tombstone. I recognized him, Dr Yigal Har-Zahav. His gait was so familiar to me. There were many names on the tombstones. The man stopped, looked again and again at that small piece of soil.

“Yoav” it read. This holds everything he treasured in his life, he reminded himself, and choked back his tears. He put the flowers on his son’s grave, sat down and wept. Then, he got up and walked along the long rows of graves, remembering in deep sorrow, whispering, half to himself: “The return of the flesh to the soil.”

Back home, I knew, memories would begin to hurt again. Those thousands of memories that refused to recede and scorn burial. He stood by the tombstone and heard the image that rose before his eyes, saying: “Daddy, it is me,” but the image soon disappeared and his outstretched arms to embrace his beloved son would fall back, dead and powerless.

He was taking small steps, then strides, watching the autumn trees shedding their leaves. Suddenly, he was aware of my presence, close to him, “Ah, Emil, it is you.”

“Yes, doc. I'll be driving back to the base soon. Would you like to join me?” He looked up at the scudding clouds that had arrived with the autumn wind, and said, “I guess I will. It may rain.”

On the way back, 3-4 kilometers away from the cemetery, he talked and talked, just because I was his confidant and true friend. It was only yesterday, or so it seems, that he answered the call at the door. “Tis for me,” he had said, then he took a few things and departed. Dr Yigal was telling me, or rather murmuring, half to himself.

Since that fatal air crash, the smiling face of Yoav was everywhere in the house. His room was still there, but, actually, there was nothing except the empty sleeves of that cadet officer's coat. Yoav had been given a second chance to escape death, but that air crash tipped the scales; the die was cast, and the boy was taken for good away from his father.

Dr. Yigal, who had lost his wife in the l967 war, felt guilty now because he was living his full life, while his son’s life had ended before it had really begun, guilty because he had survived all the wars while his son fell like a fly, guilty because he was not at his son’s side in his last moments when he might have needed him most. He could imagine that horrible moment of the crash ….and you could see deep sorrow in the furrows of his forehead, although he was just 60 years old.

I tried to comfort him, but he just stared at me and uttered: “Thank you, thank you for making him live a few more years before death caught up with him at a different corner. I stared back and understood and then it all came back to me like a flashback.

Nine years before, october 10, 1973. Israel had been deep in war with the Egyptians in the south and with the Syrians in the north. Many a dear life was lost, and the loss of each individual soldier was an agony to his family and a blow to the small nation.

Both Dr Yigal and I had been stationed at the same military hospital. He headed the medical team to which I belonged. I was a young paramedic. Dr Yigal’s only son, a 20-year-old cadet officer, had been flying and bombing the Syrian front.

I could still remember that night on october 10 at the hospital in the operation theater.

The “next” wounded was wheeled into the operation room. He was all covered with a white sheet revealing only the right thigh which had been almost entirely smashed, with a deep open wound caused by a bullet which had penetrated down to the muscles and hit the bones. It looked badly hurt. The soldier was unconscious, and every moment was valuable for his life.

Anesthesiologist Dr. Alex started oxygen respiration while Dr. Yigal stepped to the table and extended his gloved hands. The operation began. My eyes caught the first digits of the soldier's number - 238….. The white linen covered all the upper part of his body as well as his face.

The only sounds heard were the clicking of the surgical clamps and the clink of the discarded instruments. Through the deft fingers of the nurse, forceps, clamps, sponge and strands of surgical sutures flew back and forth to the surgeon's hands. My job was to assist the nurses.

Next to Dr. Yigal, on a low stool, sat anesthesiologist Dr. Alex at the patient’s head keeping a second-by-second watch on his respiration. The bullet was removed and the wound was partly sewn, but the patient was not out of danger.

Dr. Alex reported that respiration was not to his satisfaction.

“Blood”, Dr Yigal responded without even raising his weary eyes from the wound he was operating on. There was horror in his trembling voice as he repeated the order: “More blood!”

“Doc, we are short of his type of blood,” came the prompt reply of the operation nurse. “B RH Plus. Nothing in the blood bank!” I was concentrating on the work of Dr Alex, busy preparing sponges, sterile instruments.

“More blood. Soon!” Dr Yigal’s voice came out again, low but demanding. “Check recent donations!” He was massaging the patient's heart, while I was by his side changing blood-stained linen. Suddenly, I heard my own voice cutting through the air of the operation room: “B RH …that's my type. I donate …”

I watched Dr. Yigal's face, there were beads of perspiration on his forehead, and also in his eyes. It was my eyes, with some tears of joy playing in the corners. But, no, it was Dr. Yigal’s eyes. I wasn’t sure whose eyes had tears.

Within moments my own blood was running in the transparent tubes feeding the wounded soldier’s veins. Late that night, the wounded soldier was wheeled out of the operation room. The masked face of Dr. Yigal revealed weary eyes that met mine for a brief second. We exchanged glances. There were beads of perspiration there too, or tears?

I could read the message his eyes carried. operation over. The ECG showed fine results.

Some time later it was breakfast. They were already serving coffee in the dining hall. I was hungry, and craving for a cup of hot coffee. I cast a quick look inside the dining hall. Dr. Yigal wasn’t there. The smell of coffee filled my nostrils, but I had to find out why Dr. Yigal hadn’t joined the operating team and nurses to have some coffee after a long night’s extensive work.

I went out and raced down the corridor that led to the doctors’ quarter. I was short of breath when I stopped at the door, Dr. Yigal Har-Zahav, it said. I knocked. “Sorry to disturb you, Dr. Yigal. Are you oK?” I mustered the courage to ask him while he was sitting deep into his armchair. “Shall I get you some coffee, doc?”

I entered. He was lying on his sofa.

“Take a seat, Emil.” It sounded more like an order than an invitation.

A large photograph of a young cadet officer that hang on the wall attracted my attention.

“Thanks for thinking of me,” the doctor said, watching my looks lingering speculatively at the photograph on the wall.

“I have a good reason to thank you personally. Your blood donation saved ...” He tried to choke back a lump in his throat.

I interrupted, “that soldier, you mean. of course. This is the proper thing to do.” The face in the photograph on the wall was smiling boyishly.

“Emil, that soldier is my son, Yoav.” Dr Yigal's voice was trembling and his eyes blurred. He didn’t look at me, just stared in the air. Mine too were blurred.

“Long time ago I lost his mother. I couldn’t bear the tragedy to lose him, too,” he said.

Yes, that was years ago. We became friends. Now death has caught up with the young soldier round another corner. That recent plane crash didn’t give the cadet officer any chance to escape death.

Emil Murad is author of The Quagmire and The Flesh And The Soil, Deep Into The Soul, and other books. 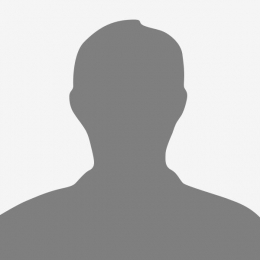 Emil Murad, teacher and educator, is a graduate of The American College in Baghdad. Author of two books in Hebrew, "Babylon in the Underground" and "My Friends, The Kurds", he is the author of "Dee...
More...