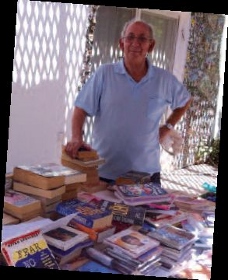 After months of planning, it was a lovely June day when ESRA Herzliya held its first summer bazaar in Herzliya Pituach.

Judy Reefe and Renee Goldstein were the prime movers in organizing this event and they excelled in the effort they put in to make it the success that it was. Months before, they had started the collection of goods which they sorted and stored.

There were a variety of stalls including new and old clothing, jewelry, bric-a-brac, books, bags, toys and household wares, all manned by members of the Herzliya ESRA group and other volunteers. There were also outside stall holders selling their own handicrafts. 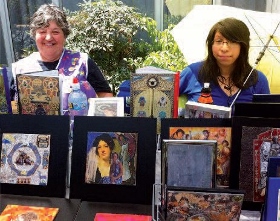 •           Friends of ESRA for donating all those beautiful clothes and the bric-a-brac, which brought in a tidy sum.

The proceeds will to go towards ESRA's general funds and to support our projects in Herzliya - Students Build a Neighborhood, Bayit Cham and other local ventures.