Excerpts from Hetty Smith’s diary on her visit to Egypt and Palestine, 1933-1934

My late mother (from the UK) visited Egypt and "Palestine" as it was called in 1933, as a young single woman aged 28 or 29 (with a chaperone!). She kept a diary which I have been lugging around for the past 60-odd years. Sadly, she died aged 43. My thought is that someone, somewhere, might recognize her or themselves or somebody they know from these diary excerpts. Judith Yalon Fortus 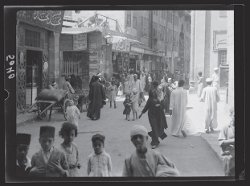 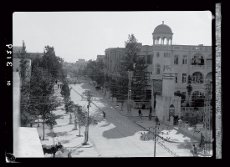 Judith Yalon Fortus, Hetty Smith’s daughter, selected the above excerpts from Hetty’s diary, which she thought might be of general interest.

Vivien Shannon
2012-12-03
How fantastic that you have this diary. So interesting. A true piece of history. I remember aunty Hetty very well. She was a fine and lovely lady. It is amazing that she had this experience and that she recorded it for future generations.
Judith Yalon Fortus
2013-01-05
Thanks Viv, there aren't many people around who still remember her. Simcha, as Churchill said when chided for putting a preposition at the end of a sentence: "Up with this I will not put!"
Leila Hart
2013-01-06
Dearest Judith, I was very thrilled to read your mother's diary ,one could see it, and feel it "through her eyes," what I enjoyed was her enthusiasm and observation, Sim sent it on to me.....Love Leila
simcha
2013-01-05
Fascinating reading.It is easy to see where your erudition and love of language stem from or shall I remove the preposition and place it somewhere else?
Faiz Ismail
2019-05-20
These story aren't usually heard most. Love the article. Every one should embrace such achievement in life.

Judith Yalon Fortus was born in London UK and schooled in Llwyn-y-Bryn High School for Girls, Swansea, South Wales. She graduated from Tel Aviv School of Interpreters, 1963. She was a member of Hab...
More...