A bit of Humor 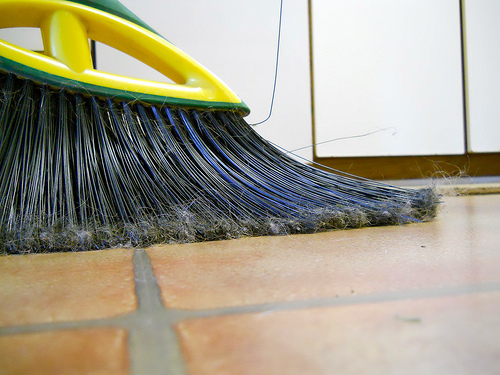 A large company, feeling it was time for a shake-up, hired a new CEO.

This new boss was determined to rid the company of all slackers. On a tour of the facilities, the CEO noticed a guy leaning on a wall. The room was full of workers and he wanted to let them know that he meant business. He walked up to the guy leaning against the wall and asked, "How much money do you make a week?"

A little surprised, the young fellow looked at him and replied, "I make $300 a week. Why?"

Feeling pretty good about himself, the CEO looked around the room and asked, "Does anyone want to tell me what that goof-off did here?"

From across the room came a voice, "Pizza delivery guy from Domino's."

Nothing like the South:
A senior at Louisiana was overheard saying... "When the end of the world comes, I hope to be in Louisiana." When asked why, he replied he'd rather be in Louisiana because everything happens in Louisiana 20 years later than in the rest of the civilized world.

The young man from Mississippi came running into the store and said to his buddy, "Bubba, somebody just stole your pickup truck from the parking lot!"

Bubba replied, “Did you see who it was?” The young man answered, “I couldn't tell, but I got the license number.”

You can say what you want about the South, but you never hear of anyone retiring and moving North!!!

Be careful about reading health books. You may die of a misprint. Mark Twain

I was married by a judge. I should have asked for a jury. Groucho Marx

My wife has a slight impediment in her speech. Every now and then she stops to breathe. Jimmy Durante

I have never hated a man enough to give his diamonds back. Zsa Zsa Gabor

I was walking down the street when I was accosted by a particularly dirty and shabby homeless woman who asked me for a couple of dollars for dinner.

I took out my wallet, got ten dollars and asked, "If I give you money will you buy some wine with it instead of dinner?" "No, I had to stop drinking years ago," the homeless woman told me.

"Well," I said, " I'm not going to give you the money. Instead, I am going to take you out to dinner with my husband and me tonight."

The homeless woman was shocked. "Won't your husband be furious with you for doing that? I know I am dirty, and I smell pretty disgusting."

I said, "That's OK. It is important for him to see what a woman looks like after she has given up shopping, hair appointments and wine!"

Contributed by: Milton and Denise Franks-Lehrman

As part of the admission procedure in the hospital where I work, I ask the patients if they are allergic to anything. If they are, I print it on an allergy band placed on the patients’ wrists.

Once when I asked an elderly woman if she had any allergies, she said she couldn't eat bananas. Imagine my surprise when, several hours later, a very irate son came out to the nurses' station, demanding, “Who's responsible for labelling my mother 'bananas?' ”

A young man hired by a supermarket reported for his first day of work. The manager greeted him with a warm handshake and a smile, gave him a broom, and said, "Your first job will be to sweep out the store."

"But I'm a college graduate," the young man replied indignantly.

A man was summoned to court for punching his lawyer. During the process, the judge asked him to explain his actions.

"Your Honor," replied the defendant, "that man represented me in a bitter divorce. One day he said my property settlement hearing was about to be held. The judge would decide that afternoon what I would get, and what Rose would get. My lawyer told me I didn't have to be present and not to worry."

"I can't see why you'd punch a man for that," interrupted the judge.

"Wait, there's more... When I asked my attorney later about the settlement, he told me to look on the bright side. I asked why. Then he said, 'Because everything's coming up Rose's.' That's when I hit him!"

THE JOYS OF COMMUNICATION

Anxiously awaiting her daughter's plane, Suzanne was eager to hear the details of her trip to a faraway land trying to find adventure. As the daughter was exiting the plane, Suzanne noticed a man directly behind her daughter, dressed in feathers, with exotic markings all over his body and carrying a shrunken head. The daughter introduced this man as her new husband.

The mother gasped in disbelief and disappointment and screamed, "I said for you to marry a RICH doctor! A RICH doctor!"