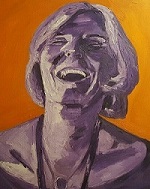 The Sunday school lesson had just finished and the Rabbi asked if the children had any questions. Little David quickly raised his hand.

“Yes, David? What question would you like to ask me?”

“I have four questions to ask you, Rabbi. Is it true that after the children of Israel crossed the Red Sea, they then received the Ten Commandments?”

“And the children of Israel also defeated the Philistines?”

“And the children of Israel also fought the Romans and fought the Egyptians and built the Temple?”

“Again you are correct, David.”

“So, my last question is, Rabbi, what were the grown-ups doing all this time?”

Fact: The children of Israel roamed the desert for 40 years.
Conclusion: Even in those days, a man would never ask for directions.

“Do you know the importance of a period?”    Kid: “I sure do! Once my sister said she had missed one, my Mom fainted, Dad got a heart attack and our driver ran away!”

A young boy asks his Dad:

“What is the difference between confident and confidential?” Dad says: “You are my son, I'm confident about that. Your friend over there is also my son; that is confidential!”

One to bring tears to your eyes

A few years ago the Jewish community in Madrid discovered at the last moment that they had no horseradish for making chrain for Pesach. All the countries they asked replied in the same way, “Sorry, we have none left to send you.”
So, in desperation, the Spanish Chief Rabbi called his friend in Israel and begged him to immediately send him some horseradish by air freight. He agreed and three days before Pesach, a crate of the best grade of tear-jerking Israeli horseradish was loaded onto an El Al Flight to Madrid. All seemed to be going OK but when the Chief Rabbi went to the airport to pick up his desperately needed horseradish, he was shocked to learn that there was a strike and that no crates of any kind would be unloaded at the airport for at least four days.
So, as it is said, “The chrain in Spain stayed mainly on the plane.”

Lexophile: For those with a love for words

“Lexophile” describes those who have a love for words, such as “you can tune a piano, but you can't tuna fish”, or “To write with a broken pencil is pointless.” An annual competition is held by the New York Times to see who can create the best original lexophile.