A bit of humor What makes us laugh 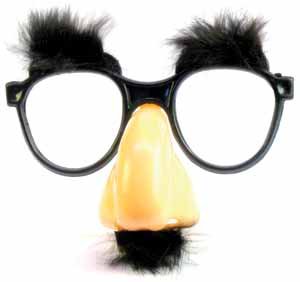 Last year, this was considered the funniest joke in the world which made the most people laugh:

Two hunters are out in the woods when one of them collapses. He doesn't seem to be breathing and his eyes are glazed. The other guy takes out his phone and calls the emergency services.

He gasps: "My friend is dead! What can I do?" The operator says: "Calm down, I can help. First, let's make sure he's dead." There is a silence and then a gunshot is heard. Back on the phone, the guy says: "OK, now what?"

People logging onto the LaughLab website, which researches humor, were invited to submit and rate jokes using a "Giggleometer" which had a five-point scale ranging from "not very funny" to "very funny".

One intriguing result was that Germans – not renowned for their sense of humor – found just about everything funny and did not express a strong preference for any type of joke. People from the Republic of Ireland, the UK, Australia and New Zealand most enjoyed jokes involving word plays.

Many European countries, such as France, Denmark and Belgium, displayed a penchant for off-beat surreal humor, while Americans and Canadians preferred jokes where there was a strong sense of superiority – either because a character looks stupid or is made to look stupid by someone else.

And here are the results of the voting: Ta Da…!

A man and a friend are playing golf one day at their local golf course. One of the guys is about to chip onto the green when he sees a long funeral procession on the road next to the course. He stops in mid-swing, takes off his golf cap, closes his eyes, and bows down in prayer. His friend says: “Wow, that is the most thoughtful and touching thing I have ever seen. You truly are a kind man.” The man then replies: “Yeah, well we were married 35 years.”

When NASA first started sending up astronauts, they quickly discovered that ballpoint pens would not work in zero gravity. To combat the problem, NASA scientists spent a decade and $12 billion to develop a pen that writes in zero gravity, upside down, underwater, on almost any surface including glass and at temperatures ranging from below freezing to 300°C. The Russians used a pencil.

This woman rushed to see her doctor, looking very worried and strung out. She rattles off: “Doctor, take a look at me. When I woke up this morning, I looked at myself in the mirror and saw my hair all wiry and frazzled up, my skin was all wrinkled and pasty, my eyes were bloodshot and bugging out, and I had this corpse-like look on my face! What’s WRONG with me, doctor!?”
The doctor looks her over for a couple of minutes and then calmly says: “Well, I can tell you that there isn't anything wrong with your eyesight….”

Why do ducks have webbed feet?

To stamp out fires.

Why do elephants have flat feet?

To stamp out burning ducks.

A general noticed one of his soldiers behaving oddly. The soldier would pick up any piece of paper he found, frown and say: “That’s not it” and put it down again. This went on for some time, until the general arranged to have the soldier psychologically tested. The psychologist concluded that the soldier was deranged, and wrote out his discharge from the army. The soldier picked it up, smiled and said: “That’s it.”

An Englishman, an Irishman and a Scotsman…

We also asked participants from the UK to tell us whether they were from Wales, Scotland, England or Northern Ireland. Our data has revealed that the Welsh found the jokes funniest, followed by the English, then people from Northern Ireland and then the Scots.

Here are the top jokes from the regions.

Two weasels are sitting on a bar stool. One starts to insult the other one. He screams, “I slept with your mother!” The bar gets quiet as everyone listens to see what the other weasel will do. The first again yells, “I SLEPT WITH YOUR MOTHER!” The other says, “Go home dad you’re drunk.”

A turtle was walking down an alley in New York when he was mugged by a gang of snails. A police detective came to investigate and asked the turtle if he could explain what happened. The turtle looked at the detective with a confused look on his face and replied “I don’t know, it all happened so fast.”

I want to die peacefully in my sleep like my grandfather. Not screaming in terror like his passengers.