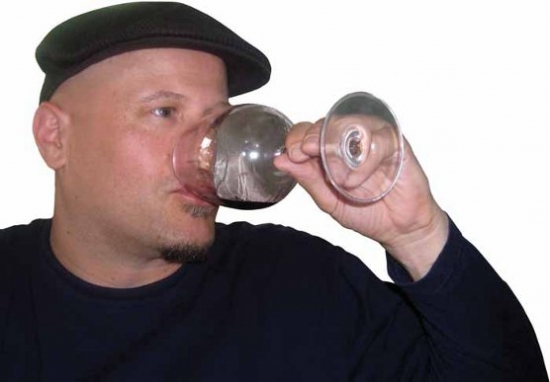 Israel’s blossoming wine industry received more positive attention in 2008 than in the 10 previous years combined. CNN, Wine Spectator magazine, Decanter magazine and famed reviewer Robert Parker all gave positive reports on how Israeli wines had made dramatic qualitative improvements since the 1990s. The millions of bottles of fine Israeli wine being produced today could more easily be compared to fine wine from California, France or Australia than the sweet syrupy kiddush wines of yesteryear. Improvements in quality continue vintage to vintage as grape growers and winemakers hone their skills. Competition between more and more wineries creates demand for better wines at more competitive prices and the consumers of Israeli wines in Israel as well as overseas become more sophisticated drinkers of fine wine.

One persistent critique of Israeli wines is that they lack an identity of their own. The most notable and well reviewed wines are typically Cabernet Sauvignons, Bordeaux blends and Chardonnays. These mainstay grapes are in high demand internationally, yet there are thousands of producers worldwide who make these wines in such vast quantities that it could prove difficult for Israeli versions to get noticed or be placed on international wine store shelves or restaurant lists other than the much maligned kosher wine shelf alongside a kiddush wine which any non-Jew and many Jews would rather avoid. The Cabernet Sauvignon consumer has so many choices of producers and regions that would first come to mind before choosing an Israeli Cabernet, as Israel is only the world’s 54th biggest producer of wine, producing about the same as the even less known wine regions of Armenia and Tajikistan. As a single varietal (wine grape type), California, Chile, Australia and South Africa provide thousands of choices and have a longer track record. Bordeaux blends? Well, maybe the consumer might try one from, say, Bordeaux, France. Chardonnays are being made in such large quantities and in such a vast range of qualities and prices in Australia, the Burgundy region of France and California and Oregon in the United States that ABC clubs have started (Anything But Chardonnay), although it still remains the most consumed white wine worldwide.

So even though these wines are in huge international demand, Israeli wineries that focus on these types of wines may do better in the short term but may feel more and more pressure to craft something more unique as they try to increase their exports. Other regions have become associated with particular varietals that have led their other wines into new sections in wine stores or new pages on restaurant wine lists.

Argentina’s wineries, for example, have done especially well producing and promoting wines made from the Malbec grape. Their overall exports of Malbec and other varietals all improved. New Zealand has done quite well promoting Sauvignon Blanc as its flagship grape and is now marching forward with Pinot Noir as its flagship red grape. Australia has made Shiraz wines synonymous with Australia, and now its Cabernets, Chardonnays and even single varietal Grenache wines have benefited from increased exports as well.

So for Israel, if not Cabernet Sauvignon, Chardonnay or a Bordeaux blend, what then could be Israel’s flagship wine grape? There’s an obvious choice for the grape growers. The grape varietal Carignan might hold the key. Carignan is the most widely planted grape in Israel, as it was until just recently in France. Unfortunately, it has a bad reputation as merely being a grape best suited for bulk production and not known for making fine wines. However, when tended to in the same way as other grapes being nurtured for quality wines, Israeli winemakers have produced exceptional wines.

Highly regarded Israeli wineries such as Margalit, Vitkin and Carmel wineries have all made Carignan wines that were well reviewed (deservingly so in my opinion) and I recently tasted a Carignan being crafted at Tishbi wines that was splendid, although not yet released. Additionally, according to one source, Carignan might have ancient roots here in Israel. Although it is most often thought to have originated in Spain, it may have been brought there by Phoenician traders sailing from Israel. These historical tie-ins; the fact that no other wine region aggressively promotes quality Carignan wines and that it is the most commonly planted red grape in Israel, could make for an easy transition if the winemakers and growers (often but not always the same entities) agree to stress quality over quantity of this noble yet neglected varietal.

David Rhodes is a recent immigrant from San Diego, California. David has worked for wineries in California and in Israel as a consulting sommelier, an adviser to the San Diego State University Business of Wine program, the San Diego Wine Country Association’s ambassador to Israel and is working on a book about Israeli wines. He writes weekly on Israeli wine and has appeared on three TV networks as a food and wine connoisseur. David can be contacted at Israeliwineguy@gmail.com