A monument to the soldiers of 3 Troop 10 (1A)
in Penhelig Gardens, Aberdovey, Wales.

Sometimes on holiday, in unexpected places, we discover a 'Jewish connection'.

In 1995 in Crossmolina, Ireland, we came across "Shalom House" Bed & Breakfast, whose name was suggested by nuns from a nearby convent.

In 1998 in Penzance, Cornwall, we found a secluded 18th century Jewish cemetery, caringly maintained by a non-Jewish custodian.

And now this summer in Aberdovey, a small fishing village on the west coast of Wales:- In Penhelig Gardens, a tranquil area overlooking the sea, stands a stone monument inscribed:

"For the members of 3 Troop 10 (1a) commando who were warmly welcomed in Aberdovey while training for special duties in battle 1942-1943. Twenty were killed in action."

At the base are several wooden crosses. Amongst them is a small blue and white glass Magen David, placed there by our brother-in-law, Michael Lee, a Welshman, who told us the story behind the monument:

The existence of the Troop was one of the best kept secrets of World War II. Of its 88 members, all German-speaking refugees, mainly from Germany and Austria, 95 percent were actually Jewish.

They were one of the most highly trained groups in the British Army, specializing in reconnaissance, interrogation and intelligence. Many of the 88 men, of whom 19 became officers, were commissioned in the field for specific acts of bravery.

The men had to take English noms de guerre and new identities, false personal histories, regiments, next of kin (though most chose to keep the same initials) so as to at least have a chance of not being discovered as being Jews if captured by the Nazis. Getting back at the Nazis was an ever present motivation; the Jewish Commando was the very antithesis of the 'lambs to the slaughter' allegations.

In September 1945 the whole Commando was disbanded, but many of No 3 Troop continued in sensitive and secret work in the Occupation Forces, tracking Nazi Resistance groups and war criminals.

Their commanding officer, Major Bryan Hilton-Jones, wrote in their praise:

"Despite many and serious difficulties, this band of 'enemy alien' volunteers earned for itself a not unflattering reputation, the achievement of which was in no small measure due to the sincerity and wholeheartedness put into his service by every member of the troop. For them perhaps more than for any others it was a question of self-respect and self-justification."

For further information on the Troop, see: www.alliedspecialforces.org 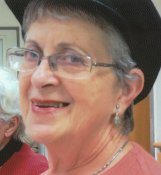