When Your Memory Fails You

The answer to this question pops into everyone’s head as they age. There is an association of aging with mild cognitive impairment (MCI) which can almost be regarded as part of the normal aging process; however, there is also an association with early Alzheimer’s Disease (AD) which is a more relentlessly progressive and disabling dementia. How can I know what’s going on?

Cognition, in the sense that we are using it in this article, refers to mental functioning which includes attention, thinking, understanding, learning, remembering, problem solving and decision making. Initially it’s important to realize that “cognitive aging” is part of the aging process. We get older and our muscle strength, our skin turgor, our hair color and even our sexual drives fade. Fading of our cognition is to be expected yet, in a recent survey in the U.S. 93% of respondents over the age of 50 identified the maintenance of brain health as their highest priority.

So, what can be done to slow the process?

Stop smoking – Smoking, by impairing oxygen transport, potentiating vascular spasm and despite some evidence of salutatory effects of nicotine, can potentiate cognitive decline.

Control Hypertension – Elevated blood pressure causes contraction and spasm of the smaller arteries in the brain. Effective control of the blood pressure potentiates greater blood flow to the brain. There is some controversy over optimal blood pressures in the elderly but all agree that the systolic pressure should be less than 160 mmHg.

Medications – As one ages, one takes more and more medications. Some are critical for our long term well being and some are to provide relief from annoying symptoms. It’s hard to rely on package inserts or online descriptions to be sure of which medications can impact cognitive function but be advised that some can. If in doubt, review your medications with your doctor.

Alcohol – Be aware that alcohol is a depressor of brain function. It relaxes us by suppressing the anxiety centers. It can, however, suppress normal function as well. Be circumspect in the regularity and amounts with which you drink.

Exercise – An array of studies have addressed the role of exercise in slowing cognitive decline. The most recent study, The LIFE Trial, recruited and randomized 1635 elderly between the ages of 70 and 89 for a study of the impact of exercise on cognitive decline. Half the participants engaged in moderate to intense exercise twice a week under supervision and an additional three times a week at home. The control group engaged in a 26-week program of health education but with avoidance of instruction regarding physical exercise. All patients had comprehensive measurement via a battery of tests both at the beginning of the program and at the end of two years. Assessors of cognitive change were unaware of in which group the patient was participating. At the end of the two years there were no differences between the two groups in rates of cognitive change.

As I discussed in a previous ESRA article (Issue No. 180), one study does not establish scientific truth. There are many smaller studies that do suggest benefits of exercise both with regards to circulation and cognitive function. The LIFE study was recently published and did elicit significant attention.

Nutritional Supplements – There are instances in which severe nutritional deficits can cause cognitive decline and in which subsequent nutritional supplements can alleviate the condition. There are no, however, well done, randomized trial demonstrating that for the average individual eating a well balanced diet, there are any benefits to taking nutritional supplements. This includes studies looking at vitamin C, vitamin E, beta carotene, and zinc for periods up to five years. There is some epidemiologic evidence suggesting that adherence to a Mediterranean diet may be associated with reduced dementia possibly as a consequence of better cardiovascular health.

Neuroscience – There is incredible research being carried out to understand, in great depth, both the functioning and the dysfunctions of the brain. Using advanced imaging technology, cellular biology, and advanced genotyping, science has taken the first steps in unraveling how the brain works in health and in sickness. As this work moves forward, there is a tendency on the part of medical journalists to announce each laboratory finding as the “breakthrough” that will solve all the problems of the brain. That’s not the way science works. It will take decades of hard work in laboratories all around the world, with each new discovery being based on the findings of the other groups.

What’s a person to do? – Here I leave science behind and engage psychology. Have a friend, a loved one, and smile a lot. Love life, find passion, and stretch yourself intellectually. Wake up each morning with eager anticipation of the day to come and retire at night satisfied with all that transpired. And if all that doesn’t work, please remember that we’re all in this together and hope springs eternal. 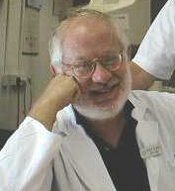 Morty Leibowitz, a Professor of Internal Medicine and Cardiology at New York University, came to live in Israel with his wife Ruth in 1996. A resident of Raanana, he founded the Cardiac Prevention ...
More...