Music night was a Brit of alright 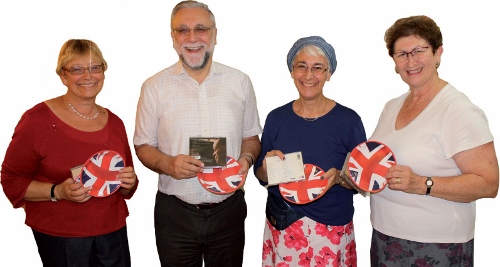 The sound of music . . . organizers of ESRA Modiin’s Evening of British Music (from left) Carol Lipman, David and Jackie Graham and Evelynne Cherny

IT WAS an evening that made you proud to be British . . . and if you weren’t a ‘true Brit’ it didn’t matter – because the music was truly stirring.

ESRA Modiin’s Evening of British Music: Elgar to Elton John attracted an audience of almost 40 people who gathered to enjoy sounds of the classics through to pop music.

The successful evening was co-hosted by Carol Lipman and Jackie and David Graham. The trio arranged an excellent selection of music which included pieces by Elgar, Gilbert and Sullivan, The Beatles (of course!), Sting, Amy Winehouse – and even  Henry VIII! 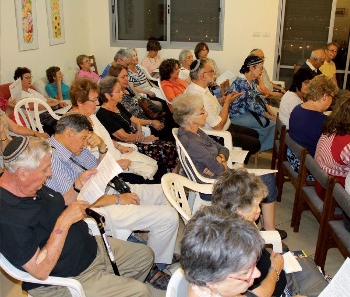 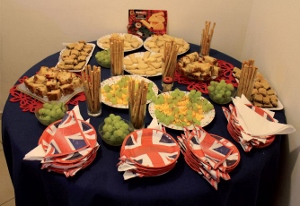 Refreshments reflected the music . . . a real taste of Britain

The refreshments also reflected the British theme, including shortbread, Cheddar cheese and a good cuppa.

Proceeds were dedicated to Neve ESRA, the branch’s afternoon care center in Modiin for children at risk.

The next musical ‘soiree’ is planned for early September.

Jackie was born and raised in London and worked for a time in publishing which included contributing articles to various magazines. In 1976, together with husband Alan and children Georgia & Davi...
More...