Just a pair of shoes

Mother and daughter victims of the bomber ... Sylvia Bernstein (left) and Gail Belkin

Every day we make seemingly insignificant, spur-of-the-moment decisions that, like the butterfly effect, may change the course of one’s life and the lives of countless others.

Contemplating the results of such a decision, what might or might not have been, is frustrating and often traumatic: “What if…what if we hadn’t stopped, what if we’d gone the other way…what if, what if, what if?…If only…”

It was just such a seemingly trivial decision on the eve of Purim, March 4, 1996 that put my wife’s mother and sister, Sylvia Bernstein and Gail Belkin, directly in the path of a suicide bomber at the intersection of Dizengoff and King George V streets in Tel Aviv.

They were meeting Gail’s elder daughter at a bridal shop to try on her dress for her wedding, planned for two weeks later.

Sylvia had taken a bus from our apartment in Hod Hasharon to meet Gail at her home in Herzliya and from there they drove in Gail’s little Fiat Uno into Tel Aviv, parking in a lot near the intersection of King George and Allenby streets. It was early afternoon, and they had arranged to meet at the bridal shop on the King George side of the Dizengoff Center, Tel Aviv’s largest shopping mall, which straddles Dizengoff Street, both above and below ground.

Erev Purim in Tel Aviv: the streets were crowded; kids in costume, adults taking an early day off to shop and get ready for the Chag, all anticipating the fun and excitement of this most joyous of Jewish holidays. Tel Aviv was suffused with its distinctive fragrance of early spring: orange blossom mixed with petrol fumes – a heady blend that creates an almost euphoric feeling. It was bright and clear and the mood in Tel Aviv was as charged and exciting as on any day of any week, but more so because of Purim, Israel’s Mardi Gras.

Originating from the dramatic events surrounding the defeat of the wicked Grand Vizier Haman by Esther and Mordechai in the Persian city of Shushan so many centuries ago, it is a story of the triumph of good over evil, the triumph of the Jewish people against a wicked man who got what he deserved.

Purim is the only holiday on which Jews are instructed to drink copious amounts of alcohol and even get drunk – “Ad lo Yodaya – until you don’t even know yourself…” – giving the name to the parade of colorful floats which meander through every Israeli village, town and city on the holiday. Gail had arranged to meet her husband of one year, Larry Belkin, at their synagogue in Herzliya to hear the Megillat Esther: the Purim story read to the accompanying noise of rattles, horns and “rashers” whenever the evil Haman’s name is mentioned.

But on this Purim, an evil remnant of Haman was lurking in the shadows, stalking the children and citizens of Tel Aviv; intent on bringing death and destruction again to the heart of Israel. In just the previous week – from February 25 to March 3 – Israel had been rocked by three suicide bus bombings: one in Ashkelon and two in Jerusalem on the same Route 18 a week apart; the latest attack being only the day beforehand, on March 3 – 46 people died on those attacks.

Now the next tragedy was rapidly taking shape.

Dizengoff Center, like the rest of Tel Aviv, was crowded. The coffee shops, restaurants, fast food kiosks, fashion stores, appliance and gift stores were doing a roaring trade. Traffic crawled down King George Street to the intersection with Dizengoff Street, one of Israel’s trendiest and liveliest thoroughfares. Cars lined up to enter the center’s nearly full underground parking garage. In and around the center, children showed off their Purim costumes: three teenage girls from an outlying town had come to Tel Aviv to celebrate the holiday; two young boys, each about to celebrate their Bar Mitzvahs, were in the big city on their own for the first time; an elderly women, contemplating an evening at her beloved Israel Philharmonic with her son, was having her hair done for the occasion; two young women were heading for a coffee shop and stopped to draw money from a nearby ATM; a young soldier, just released from the army was enjoying his first day of freedom; a journalist was on his way to work and another woman was finishing her grocery shopping.

In a small bridal shop, facing King George Street, Sylvia, Gail and her daughter were discussing the wedding dress with the store owner. To make sure that the length was right, the bride-to-be put on the pair of high heeled shoes Gail had brought for just this reason.

Meanwhile, a truck stopped at the sidewalk in King George Street, and the single passenger got out. The truck drove on, getting lost in the throng of traffic.

The young man, dressed in heavy clothes despite the warmth of the early spring day, was sweating under his jacket. For strapped to his body was a deadly suicide belt, a 20-kilogram bomb packed with high explosives, nails and screws to ensure the greatest possible damage and trauma.

The bomber, later identified as Abdel-Rahim Ishaq, a 24 year old resident of Ramallah, tried to enter Dizengoff Center but because of heavy police presence, turned back and made his way towards the busy intersection.

Sylvia, Gail, and her daughter left the bridal shop; the bride-to-be went into the center and Gail and Sylvia continued towards the intersection just a few meters away intending to get to Gail’s car and drive home. Gail stopped in mid-stride, remembering she had left her shoes in the bridal shop and turned back to get them. Just a moment, just a quick, seemingly trivial decision. She could have left them there, and asked her daughter to pick them up later; or collected them on the next planned visit for a fitting. But she decided to go back for them.

The light at the busy intersection changed to red. Among the dozens of pedestrians gathered on each side of the intersection waiting for it to change again were Sylvia and Gail, now with her shoes in hand; the young women having drawn money from the ATM; the elderly music lover with her new hairdo; the children and teenagers in costume; the young soldier; the journalist and the woman heading home to cook for her family – like the ill-fated travelers crossing the bridge of St. Louis Rey – 13 individuals were about to be bonded forever. The light changed, the bomber lay down in the center of the zebra crossing, pressed his detonator and pitched them into the vortex …

In that instant Tel Aviv ceased being a city at play and became a war zone. Ambulances, police cars, fire engines, first responders, members of the public, all rushed to the scene. Cars at the entrance to the parking garage were gutted, the three flashing neon hearts fixed to the wall high on the outside of Dizengoff Center were shattered…as were the hearts and lives of 12 families and the lives of the many injured and their respective families.

It was just going on 4 o’clock. Within minutes the radio and television were reporting the blast. Telephone networks were overloaded and traffic throughout the city came to a standstill. My wife, Marlyn, who worked a block away from Dizengoff Center heard the blast and headed home as quickly as possible.

She managed to get back to Hod Hasharon by bus within an hour or so. We all knew that Gail and Sylvia were in the vicinity of the blast but were unwilling to consider that they might actually have been right there. We were in a communications void: in 1996 only a few of us had cell phones and in any event the networks were down.

It is now close to 7 o’clock: No word from them yet. We speak to Gail’s daughter who had been in Dizengoff Center at the time of the blast. She has just arrived home after being confined in the center for hours with thousands of others, until the police cleared the area.

The phone rings again: it’s Larry Belkin. No, he has not heard from Gail. He waited outside shul for her; the Megillat Esther started and finished. No sign.

We are speculating and becoming apprehensive, even after a few hours we are still not ready to acknowledge anything beyond confusion or traffic jams: they were traumatized by the blast, they’ve gone to have coffee and recover…the traffic must still be horrendous so they can’t get out of the city…but surely it must have eased by now…

Another hour – we watch TV reports: the radio plays in the background; one ear is cocked towards our noisy elevator, listening and counting as it ascends floor by floor; we know its whine and how long it takes to get to the top floor; …first floor, second floor, third floor, all the way – any moment the door will fly open and they’ll walk in heralded by Gail’s customary late arrival exclamation: “We’re here! Whew, WHAT a horrible day!”…but not this time.

Another call; from Gail’s younger daughter. She found Gail’s car in the parking lot, still locked and apparently untouched. They had not been back to the car…

We speak to Larry Belkin again, discussing what we should do. Someone from the family is checking all the hospitals. It’s now after 11:00 and apprehension sharpens to anxiety. But every hospital call comes up negative and with every negative response we feel unjustifiably relieved.

Marlyn, ever practical, is packing an overnight bag to take to her mother should we find her: dressing gown, slippers, tooth brush, toiletries…it keeps her occupied, keeps her focused.

Midnight; more calls, more discussion, more deliberations. We realize with lumps in our collective throats that the only address now is Abu Kabir, the central police mortuary.

I arrange to meet Larry Belkin in Herzliya and we drive to Abu Kabir situated just south of Tel Aviv. Larry has a car phone and we are constantly in touch with the family, sifting rumors and speculative reports. Abu Kabir is chaotic. Hundreds of people crowd around the entrance; we make our way through, file a report. We are interviewed, asked for descriptions of Sylvia and Gail…and then compassionately ushered into the identification rooms…at last we know.

The 17 years since that fateful afternoon have passed in a flash. In accordance with the Jewish tradition of joy taking precedence over sorrow, Gail’s daughter was married two weeks later.

The family grows and changes: Larry Belkin moved back to the United States and remarried. There have been other weddings, births, Bar Mitzvahs and sadly another funeral. Gail would now have seven grandchildren, two step-grandchildren, a grand-niece and a grand-nephew. Sylvia would have nine great-grand-children.

So their legacy is assured. And their memory is enshrined, together with the 11 others who died that day, in Marlyn’s poignantly beautiful Dizengoff Memorial Quilt.

Although our Shabbat, Pesach and Rosh Hashana dinners are regularly crowded with family and friends and good food and enjoyment, I still often feel that twinge of sorrow and wonder: what if, in that fateful moment, Gail had not decided to go back for her shoes? 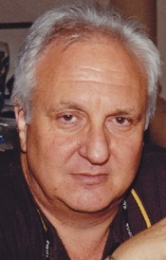