by Aryeh A. Frimer Category: Jewish Scene Issue No. 139 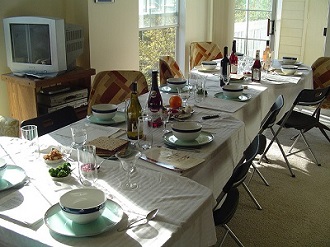 The 15th of Nissan initiates a continuum of redemption, beginning with the physical freedom of Passover and culminating with the spiritual freedom of Sinai or Shavuot. Note, however, that while freedom is a value in both Western and Jewish cultures, their conceptions of freedom differ fundamentally in three areas (see Sol Roth, Tradition 13, Fall 1972).

1.  An Individual or National Goal?

Firstly, freedom in the Western perspective is an objective of the individual. The goal of democracy is to guarantee to every person the right to pursue "the good life" - according to his or her own formula. The individual has the right to be wrong. The Western notion of freedom requires independence, i.e., self determination. Through the identification of freedom with independence or self-determination, the human will is elevated to the highest level of importance. Considerations of truth and morality are subordinated to what "I want." The individual is transformed into a legislator of ethical doctrine and this leads naturally to a justification of a "New Morality."

Freedom in Jewish life is a national goal. The right of the individual to deviate from established norms of belief and action is not included in the traditional Jewish conception of freedom.  In short, Judaism seeks the observance of Torah and the commandments, i.e., uniformity in commitment and behavior within the Jewish community. The intent of religion is to describe a specific notion of "the good life," to describe the means of attaining it (via Torah and mitsvot), and to inspire the adoption of this program. Traditional Judaism opposes the assignment of primacy to the individual will. It objects to the subordination of classic religious values to acts of volition. One may well have freedom of choice and the power to sin, but one does not have the right to sin. In absolute terms, Judaism calls one to submit to truth and moral precepts, i.e., the will of God.

This brings us to the second distinction. Freedom in Western culture denotes a right -"Freedom of." Freedom to a traditional Jew refers mainly to a power - "Freedom for." Freedom of" - as in freedom of speech, press and religion - refers to the right to speak, publish and preach according to one's conceptions and commitments. "Freedom for" refers to a power. To achieve freedom from want, fear, ignorance and enslavement is to succeed in removing the obstacles that stand in the way of choosing a desirable pattern of living.

Judaism emphasizes "Freedom from" because its purpose is to guarantee the power to choose. The power to choose is essential to the Jewish conception of freedom for two reasons. First, an act of commitment cannot be performed in a state of coercion. Secondly, an individual cannot be held morally accountable for the violation of a moral precept if he/she did not have the power to do otherwise.

We move now to the third area of distinction. In political democracy, freedom is an end. It is a purpose of the Western form of government to guarantee a life in freedom. This implies that, to attain the Western ideal of freedom, it is necessary to multiply opportunities and to preserve a variety of possible commitments. If freedom means the right to choose, the wider the range of choices - be they political, religious, cultural, or economic - the greater the freedom.

By contrast, traditional Judaism's goal is the embodiment within the community of a certain defined way of life. Hence, freedom is merely a means to enable the attainment of that end. Judaism requires freedom - not to preserve or increase the variety of possible experiences - but to enrich life by the introduction of more meaningful ways to experience Judaism.

Based on these distinctions we can understand with greater clarity, a pivotal passage in the Biblical redemption story. When Moses, in G-d's name, turns to Pharaoh, he does not just say: "Let my people go! (shalah et ami). That would have suggested that freedom per se is the goal. Rather Moses proclaimed, "Let my people go to serve Me (shalah et ami" v-ya'avduni)". Freedom is a means - a means to enable divine service. The purpose of the physical freedom of Passover is to enable the spiritual freedom of Sinai on Shavuot.

A meaningful Holiday of Freedom to us all.