QUITE CONTRARY (OR IS IT OK TO DO THE OPPOSITE, TOO) 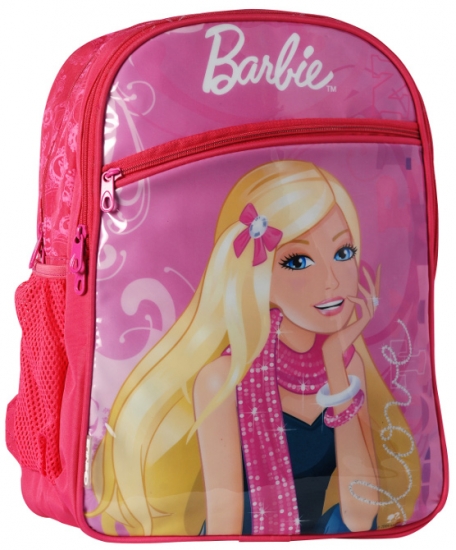 In this modern age it’s very easy to get confused and to fail to appreciate what’s really going on, even regarding quite simple matters. For example, how are we to know that the cleanest people are the ones who wash the most often? Surely it also must depend on the local conditions as well as the frequency with which the subjects take their showers. Is a person who gets dirty much of the time but washes very often, cleaner or dirtier than one who lives in a pristine environment and only needs to wash occasionally? It’s a bit like the stopped clock that shows the correct time twice in 24 hours, compared to the running one which is always slightly time-imperfect. Why shouldn’t the correct answer to the incomplete question of "what’s the time?" be "when"?

What I am examining here is the development and failure of logical argument. The following subjects worry me and perhaps you too can see why. Have you ever considered the wearing (and wearying) effects of schoolbags? Most children in Israel carry their school books in a rucksack hanging from their backs. This is intended to be a good way for our youngsters to go to school. The weight of the books pulls on the two upper straps, the tension being felt as backward pressure on their shoulders. This is supposed to resist any hunching of their growing spines and to eliminate the tendency to its forward curvature.

Pulling the child’s back into shape is repulsive to me, but let’s assume, at least that it is necessary. How is it supposed to work? The weight of the rucksack opposes the child’s back muscles, but whilst walking/running/jumping and carrying the heavy satchel, the child’s shoulders are steadily pulled and infrequently jerked backwards. In theory, whilst under these loadings the back bones will “learn” to become straight. One doubts, however, whether this beneficial tendency will continue to be experienced by the child after the backpack is set down.

What about the effect on the back muscles themselves? When under load, they are straining forward to resist the effect of the schoolbag. When it is released, the chances are that the muscles will continue to apply smaller pulling forces in the same direction, further hunching the slightly curved spine. Consequently I claim that this theory of pulling the child’s back into shape is flawed and that what it actually does is to train the child’s back muscles to bend the spine forward into a more curved position, exactly the opposite of what is intended. Little wonder that so many of our kids slouch around with bad postures! The technically correct approach would be to get the child to carry the sack on his/her front (with a supporting loop taken around the back of the neck) thereby encouraging the muscles resisting the weight to pull backward, not forward. The logic of this is impeccable, but it seems that even before the exemplary Pinocchio was sent off to school (with satchel on back) both Geppetto and we too, as parents, were endowed with this faulty theory as the added superego, whilst the child bears the illogical burden.

This is only the start of what I find to be the contrary modern ways for managing things. Consider the following illogical situation relating to cholesterol. Our livers continuously manufacture cholesterol and we also obtain it directly from fats contained in certain foods. The cholesterol is carried around our bloodstreams. It helps to maintain our brain tissues and nervous systems whilst being simultaneously used to make various hormones (and vitamin D), but it also forms deposits inside our major blood-carrying vessels or arteries. This can result in their becoming blocked and in our suffering heart attacks which are sometimes fatal. So the doctors claim that a high level of cholesterol in the blood is bad for us and they tell us to limit our habitual eating of foods that contain it, particularly eggs, meats and dairy products.

If all of the cholesterol came from food, then this policy would stave off this danger and it might even prolong our lives. But actually, when we stop our cholesterol food intake, the rest of it is supplied by the body itself. This implies that we have a built-in mechanism to regulate the amount that we make and use. By eating less cholesterol we are encouraging our livers to produce more, so the long-term result is the same. The only justification for the diet is that otherwise we might exceed the amount of cholesterol that the body can manage to control. However, this control can be regained by modern anti-cholesterol medicines, which in my experience are very effective.

Recent articles in medical journals and on the internet give mixed signals on this matter. Some claim that the anti-cholesterol medicines are actually harmful, because of the adverse side effects from lowered cholesterol levels, such as memory loss and muscle atrophy. In spite of this, the statistics indicate that an average reduction of these fatty substances in our blood results in a smaller number of fatal heart attacks. Of course, as this medicine comes into use, heart patients also give greater attention to eating a healthier diet, doing regular exercise, ceasing to smoke and drinking fewer alcoholic beverages. So the response after having this medicine prescribed is beneficial, even without the tablets necessarily doing their work. Do these changes in lifestyle prolong our lives in spite of, regardless of, or because of the medication?

Another extreme case of failed logic applies to diabetes sufferers. A healthy person’s pancreas makes insulin at a rate that counters excess blood sugar (glucose), which is autonomously kept at the proper level. When this person consumes an excessive quantity of sugar or sugar-making (starchy) foods, the glucose level temporarily rises and some additional insulin is soon produced to counter this 'sugar-high'. But after some years, the aging pancreas ceases to quickly respond to the raised blood sugar count. Then it stays high for too long, so that we become adversely affected, reducing our activities and lifespans. Diabetic patients are advised to exercise and to limit their sugar intake, although they cannot avoid all the carbohydrates in food that also result in glucose production. (This parallels the logic of the cholesterol situation, where a controlled diet has a limited benefit.) However with this sugarless diet, the pancreas receives less demand for making insulin, so it is supplemented by insulin injections, unlike the cholesterol situation where the excess is suppressed. Consequently a diabetic patient who avoids sugary foods actually makes his/her condition worse and better simultaneously! Would not the logic be improved by allowing such a person’s pancreas to be more active without ceasing to consume sweet foods? On this matter the doctors strongly disagree. Their policy logically appears to do us harm, as progressively greater (and regular) injections of insulin are needed, whilst the pancreas’s nature is encouraged to gradually slow down.

Charity or self help?

Finally, what about charity? The number of Israeli families with children who are not getting enough to eat is alarming and it still exceeds 20%. Unemployment rates in the poorer parts of the country are unreasonably high. Various charitable organizations here are providing some relief and making the state of poverty less serious. However, without regular and greater financial donations to these charities there will continue to be many more hungry children in our land. This situation is logically the same as the insulin production one. Should our government channel more taxpayers’ money to directly help its impoverished citizens? If so, it will encourage them and their families to remain poor, even if they are less hungry. What the government should be doing is to supply the means for such families to help themselves. There are two ways of doing this; by providing more opportunities to earn a livelihood and by better education for children and their parents. Neither of these methods directly results in more food supplied, but both eventually lead to a better lifestyle and less poverty.

According to our Jewish tradition, charitable acts are of great merit, but originally and logically it was done by allowing the “stranger” to glean from the corner of the mown field and to collect the dropped or forgotten sheaves, fallen bunches of grapes, unpicked olives etc. This way the poorer people were encouraged to help themselves (see Leviticus, ch.19, vs. 9 and 10 and Ruth ch.2). Today, as in the past, what should be provided first is the opportunity to earn, rather than direct subsistence. Consequently within ESRA, we emphasize the provision of educational opportunities, community projects and support services in preference to merely providing food parcels. Thus the contradiction and confusion caused by making the poor more dependent on alms is only partly avoided. Indeed, the Hebrew word for charity is almost the same as for justice. If only we could also persuade the Israel Land Administration to make available to laborers and entrepreneurs new work areas, the access to which is less expensive than at present, instead of withholding our land from use and passing the problem onto taxpayers and trust funds, then our country would truly live up to its charitable tradition and become a more socially just and happier place.

David Chester is an engineer who worked for many years with Israel Aircraft Industries and was partly responsible for the preliminary design of the Arava, Israel's first indigenous aircraft. His hobby is theoretical macroeconomics, about which he is writing a book.

David Chester came to live in Israel in 1963, from London, England. During his long career as an engineer he was with Israel Aircraft Industries. He was partly responsible for the preliminary desig...
More...