Roy Dinar was born on September 21, 1928 in Kitchener, Ontario, Canada, to parents who immigrated from Tarnopol in Poland. As an only child, with both parents working, he was forced to take care of himself. He worked in a number of places after school, and while studying, as an assistant to a plumber in a furniture factory, in a bakery and in other places, forming the basis of his handyman skills. While at university, he worked in the cafeteria, which allowed him to have plenty to eat!

He obtained his BA in Geography from Toronto University, and while studying, began his life of service by joining the Royal Canadian Volunteer Reserves where he obtained a Queen’s Commission in the Artillery Corps. He then planned on studying for his MA, and chose to write a thesis on the (then) widespread civilian use of barbed wire as fencing in Israel, and to this end, came to Israel to do research.  Travelling by cargo ship, he reached Haifa on January 12, 1953, and went straight to Tivon where he had an uncle and cousins.

The husband of one of his cousins worked at the Government Survey Department and got Roy a temporary job as his assistant, resulting in Roy doing a lot of survey work in and around Beersheba.  Roy then moved to Jerusalem to pursue his research, and worked as a proofreader at The Jerusalem Post.

By 1954, it was clear to him that he was not going back to Canada, and this same cousin introduced him to the Commander of an Air Force unit (then rather secret) working with photo interpretation, which had been Roy’s specialty in the Canadian Reserves.  The interview was held in a café in Tel Aviv, and as a result Roy was inducted into the Israeli Air Force (not yet an Israeli citizen, he enlisted with his Canadian passport in his hand).  In a somewhat rare procedure, he did not do any Israeli basic training, and was immediately given the rank of 2nd Lieutenant - the rank he had held in Canada.

He served in that unit for 20 years, developing the scope of its work, planning and supervising the building of branches in air force and army bases throughout the country, investigating and purchasing new equipment and methods. He was sent, with other officers in the unit, to the US for consultation and to investigate the purchase of new equipment for the Israeli Air Force.  During this period he rose to the rank of Major.

In 1960 we got married and had five children. He was a devoted father, and at a time when there were no paid security guards at schools and parents were expected to take turns guarding the schools, despite his military commitments, Roy never failed to take his turn doing guard duty at school and accompanying school trips as a security guard.

In September 1974, he transferred out of the Air Force and into Army Intelligence, basically still doing the same job but from the ground point of view.  He received a “Lifetime Achievement Award” from the IDF in 1989.

In the military, promotion usually depends on a position carrying a higher rank becoming vacant.  In Roy’s case, there was no such position available, but through the efforts of other officers who had served with him and pushed the authorities to recognize the contribution he had made, he was awarded a “personal” rank of Lieut. Colonel.

He retired (due to age limitations) from the armed forces in January 1994, and then began to look for other outlets for his talents.

We joined ESRA, at first travelling from our home in Bat Yam to meetings in Herzliya and Raanana.  Very soon we realized that ESRA was needed nearer to home, so together we formed and ran the Bat Yam - Holon branch of ESRA for some 10 years.  We were jointly awarded an ESRA Volunteer Award for our efforts. When the Bat Yam - Holon group disintegrated due to a drop in attendance caused by deaths and people moving away, we joined ESRA Rehovot, and both served as committee members.

Roy also began his long association with ESRA as a handyman. going wherever he was needed to “fix” things.  Working with the late Motti Weiner, he completely outfitted the new ESRA shop, building all the cabinets and counters; he made cabinets for the (then) Herzliya office (where the Magazine office is now), and for Gan Rashal; he made fitted cabinets for the sewing machines at the Netanya Sewing Center, and did many other odd jobs for the ESRA Kfar Saba after-school kindergarten.

He also began his task as “collector” for the ESRA shop. Whenever and wherever anyone had things to donate, he would travel from Bat Yam, no matter where to, to collect and bring the goods to the shop, at first from around his home area and later expanding to other areas.  He not only collected from people, but also if he saw that things had been thrown out into the street that were in good condition he would pick them up, take them home and keep them until he had a load worth travelling to Raanana with, thus turning his home into a temporary storeroom.  For his efforts and assistance in the shop, he received a further ESRA Volunteer Award.

His talents were always in demand for any ESRA event, especially the annual Golf Tournament.

Roy also volunteered at the residential home for children and their relatives from third-world countries who were brought to Israel for treatment at the Wolfson Hospital in Holon under the “Save a Child’s Heart” program – again, planning and building cabinets and other items for the home, as well as ferrying children and parents to and from the hospital when required.

On top of all this, every week he transported me to and from ESRA’s Herzliya Hanadiv office where I volunteered once a week, and still found time to visit my cousin who had had a stroke, take him out for a ride, and help his wife at home.

Yet despite all these occupations he was always available, night or day, to help his children and, in the course of time, to help with his grandchildren.

He passed on his devotion to the military, with one son having served in Nahal, one daughter obtaining an “Outstanding Soldier” award, two daughters becoming officers (one of whom also served for a further two years in the Home Front), and one son who is still a Commander in the Navy.  Even his eldest granddaughter became an officer.

In June 2008 Roy suffered a stroke, thus putting an end to his volunteering.  We moved from Bat Yam (where we had lived since 1961) to Raanana, where he lived with a full-time caregiver for four years, until his condition deteriorated to the extent that it was no longer feasible to keep him at home.  In September 2012, he was moved to the Care Facility at the Vera Salomon Home in Kfar Saba, where he remained until he was taken to hospital on April 29 suffering from a severe infection from which he died two days later, on May 1, 2016, leaving me his wife of almost 56 years, 5 children and 12 grandchildren who miss him greatly.

And incidentally, he never did complete his M.A! 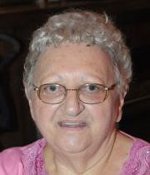