Russia’s ‘Golden’ Past was Overwhelming

How many ways are there to use gold? A visit to Moscow and St Petersburg under the aegis of AACI revealed not only its aesthetic qualities, but also its symbolism – gold was a demonstration of the wealth and power of its former rulers, the monarchy, the nobility and the church. It glistened on every conceivable surface within innumerable palaces, and on roofs, spires and domes. From massive palaces to the luxurious private family home of the Yusopovs, there was so much gold on display that it became reminiscent of children who long to eat the treats at a birthday party and then make themselves ill through over-indulging. The evidence of lavish consumption was almost overwhelming. 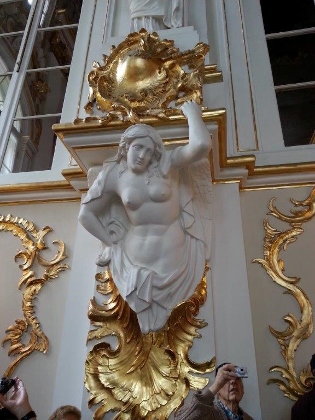 A wall ornamenation at the Hermitage

Some buildings, such as the sumptuous palace built by Peter the Great and used as his summer residence at Peterhof, were reminiscent of  Louis XIVth’s Versailles, with fountains cascading over immaculate gardens and terraces. Reminders of the past may be selective - for instance, memorials exclude any mention of the Nazi-Soviet Pact of 1939, but in general, present-day Russia bears little resemblance to the communist ideology advocated by Lenin or the dictatorial excesses of Stalin. Private home ownership has become the norm, with extensive assistance given to enable people to buy their own homes, apparently as an acknowledgement of previous sacrifices. Modern consumer goods seem to be widely available, and cars were everywhere - at least in the two cities we visited.

Religion, originally condemned by Marx as “the opium of the masses”, is now tolerated – and in the case of the Russian Orthodox Church, actively encouraged, with just over half of the total population of some 146 million declaring themselves to be members. The clandestine contact with Russian Jews, which was the experience of many who worked with the Campaign to Free Soviet Jewry, or who visited during the 60s and 70s, has been replaced since the late 1980s by the policy of Perestroika or openness, most strongly associated with Mikhail Gorbachev. Anatoly Sharansky is one of the most potent symbols of the new reality – from “refusenik “to chair of the Jewish Agency . 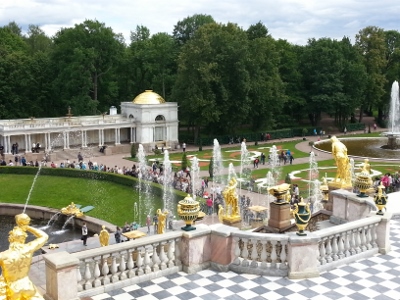 Synagogues were functioning openly in both Moscow and St Petersburg, and Chabbad is very active, providing teachers, material support and a range of programs. One rabbi told us that some 3000 young people would be taking part in summer communal activities, and that the network of Jewish schools and youth organizations was extensive. The Jewish Museum and Tolerance Center in Moscow is a large, impressive and predominantly interactive facility using the latest in technology to inform and to educate. The transformation of the community has not been without its challenges, and the halachic status of many of its members – as well as their integration within Israel - is a work in progress. 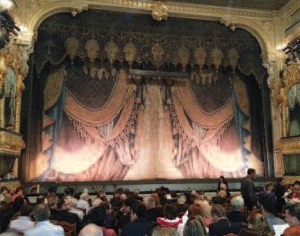 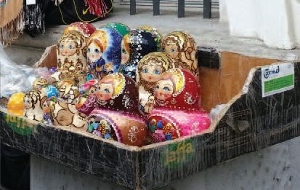 Auditorium of the Marinsky Theater and (below) Curios ... but check out the familiar labels

Our arrival in Moscow had coincided with the anniversary of Germany’s attack on Russia on June 22, 1941. We watched respectfully as veterans, many covered in medals of every hue, left a service of remembrance for fallen colleagues. Some twenty million Russians are believed to have died during the war, with a further similar number killed as a result of Stalin’s dictatorship.

Russia’s political history may be one of repression and conformity, but its culture is rich and diverse.

Among the events which had the greatest impact on us was a visit to the Bolshoi Theater, where rehearsals for Verdi’s opera, Don Carlos, were in progress. The rows of red plush velvet seats, the enormous crystal chandeliers and the seemingly ubiquitous gold on walls, mirrors, seats and royal boxes, lent a huge sense of occasion, even though it was 10 o’clock in the morning. No one wanted to tear themselves away from the wonderful singing and passionate music, but time at the Armory located within the walls of the Kremlin had been pre-booked.

The Kremlin is one of the most recognizable symbols of Russia. A walled city at the heart of Moscow, originally built in 1147 to repel Mongolian invaders, in a way it represents the conundrum which is Russia itself, an extraordinary combination of artistic sensibility and exquisite skill within a relatively rigid, and at times, oppressive framework. Half of the Kremlin is reserved for the government and the other half is open to the public. The Armory Museum is not just a display of weapons and military gear, but the setting for an exceptional collection of jewelry and precious artefacts from different times in Russian history. The displays included Catherine the Great’s imperial dresses and carriages; famous and stunning Faberge eggs and even a miniature gold train, all crafted with outstanding workmanship; buckets (sic) of raw diamonds of varying sizes and quality, almost casually displayed in their multitudes; cases of ˚spectacular, and probably extremely heavy, crowns encrusted with many precious stones; and huge bibles encrusted with every sparkling gem the earth has given us from diamonds, sapphires, pearls, and jade to a myriad of other locally sourced jewels. Even the horse rugs, stirrups and protective helmets were covered in precious stones.

Moscow’s bright, modern,21st. century confidence was particularly distinctive at night. The magnificent multiple onion domes of one of the world’s most widely recognized buildings, St Basil’s Cathedral on Red Square, is next to the walls of the Kremlin, its impressive proportions further indications of a society characterized by deference.

Along the banks of the River Moscow, from which the city derives its name, were many buildings often gently colored in pinks and purples, and next to them, the brooding presence of the Lubyanka prison, which also once served as the headquarters of the KGB.

A comfortable high-speed four-hour train ride on the Sapsan to the north brought us to St Petersburg, a measured and dignified city. Dissected by the Neva River, its network of canals has led it to be described as “the Venice of the North”. Situated nearer to Finland than to Moscow, it has a distinctive climate, dark, and at times extremely cold, with typical temperatures of 20˚ below freezing during the winter. However, summer daylight, sometimes referred to as the “White Nights”, lasts for so long that Shabbat only terminated at 2am so we celebrated Havdalah on Sunday morning. The legacy of St Petersburg’s royal and aristocratic traditions is everywhere. The capital until 1917, it was renamed Leningrad until its traditional title was reinstated in 1924. The evidence of its origins as the historic home of the Russian monarchy can be seen in the plethora of palaces, spires and domes. The park and palace of Pavlovsk, the home of Paul 1, gave our group a further opportunity to display its newly acquired skills of putting disposable slippers over outdoor shoes to protect the floors. The palace was also evidence that any family can experience “broiges”, since Paul and his mother, Catherine the Great, were on such bad terms that they were unable to live in the same residence, and so had separate establishments. Catherine’s Summer Palace was the more ostentatious by far, and home to the famous Amber room, reproduced relatively recently in the warm bronze tones the name suggests. 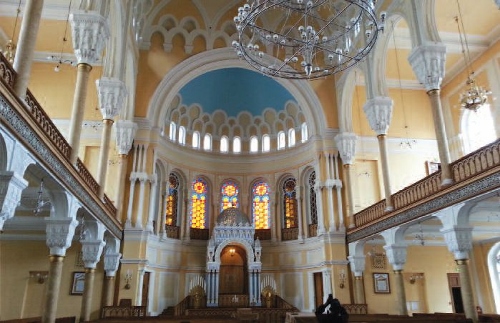 Tellingly, the adjective “Great”, so commonly used in conjunction with Peter and Catherine, is generally thought of as a reference to the scale and scope of their achievements in modernizing and transforming Russia. However, their palaces suggest that it could just as appropriately be used in relation to the grandeur of their homes.

The Hermitage, also known as Catherine’s Winter Palace, lies along the Neva embankment at the center of St Petersburg. Now the world’s largest museum of art and fine art, it contains so much that a two-day visit could not even begin to do it justice. The complex of buildings is a treasure trove in itself, with seemingly endless rooms and gold in abundance, dripping from ceilings, doorways and window frames. Frescoes on the ceilings, marble columns and crystal chandeliers were an integral part, with ornate mirrors, magnificent vases and breathtaking sculptures, including one by Michaelangelo. Whereas other galleries might point with pride to their collection of one or two works by particularly famous and distinguished artists, the Hermitage can easily trump them. Among its pieces are, for instance, some 40 works by Reubens and 30 by Goya, as well as 2 of only14 known paintings by Leonardo da Vinci. Its collection of more modern works is equally impressive, with fine exhibits by Renoir, Monet, Van Gogh, Gauguin, Matisse and Picasso among others. It seems ironic that in some ways the excess continues.

A fortnight’s stay as a tourist is not truly representative, and some aspects of modern Russia still seem redolent of the authoritarianism of the past. Officials could be brusque, and the bureaucracy rigid. Opponents of the present government may not now end up in labor camps, but a disproportionate number of those who disagree with President Putin have been subject to allegations of corruption or have felt it prudent to move abroad. However we did not see any evidence of real poverty, though glimpses into life beyond the conventional sites suggests that much remains to be done in terms of improving the standard of homes of ordinary Russians.

Our overall impression was that Russia is generally keen to welcome tourists and wants visitors to enjoy its treasures. The extravagance may have been monumental but so too are its results. If you get the opportunity, do go.

Advertisers Directory 177
Milestones 177
From Bible to Bedouins and Battles 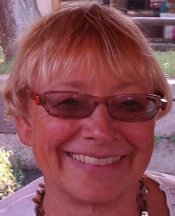