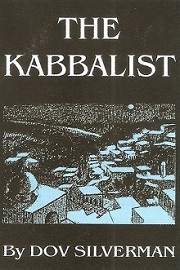 At some point during my long adolescence, around 1967, perhaps, I recall watching an episode of StarTrek in which Captain Kirk was split in two. If memory serves - this was 40 years ago. Some sort of bizarre galactic weather phenomenon or maybe an attack by aliens caused the captain of the Enterprise to get zapped by an enormous bolt of light, right before the commercial break. After the commercial, when the smoke cleared, the erstwhile Captain Kirk had become two Captain Kirks, one "good," the other "evil." The "evil" Captain Kirk was more or less exactly what one would expect: murderously violent, viciously angry, repulsively obnoxious and frighteningly abusive;  given to constant plotting, scheming, war mongering and violent outbursts: driven by hatred of his fellow man and crippled by a paranoid distrust of everyone around him. The "good" Captain Kirk was something of a surprise. He was well-meaning, but incompetent; decent, but indecisive; kind, but totally ineffectual, thoughtful and just, but too weak to enforce any of his orders. Under attack by a squadron of Klingon warships, the crew of the Enterprise waited nervously for the "good" captain to mount some sort of defense and get them out of their predicament. They waited in vain, however, while the wishy-washy, namby-pamby, "good" Captain Kirk - his forehead beaded with sweat - sat immobilized by panic, stuttering incoherently. The day was finally saved, however, when the "evil" Captain Kirk suddenly appeared, somehow managed to fuse himself with his "good" other half and - as a now "whole" Captain Kirk - was able to fight off the Klingons, re-establish his command of the Enterprise and save the Galaxy yet again. Kibbitzing with Mr. Spock at the episode's end, Kirk mused that he now realized that "good" and "evil" were both equally indispensable aspects of human nature; that "good" alone was not enough for human progress, and that a certain amount of "evil was necessary to induce people to venture forth in life and succeed.

In a somewhat more serious vein, author Dov Silverman echoes precisely these sentiments in The Kabbalist, a thought-provoking and highly entertaining new novel set in present day Safed. Silverman deftly uses the city of Safed, traditional world center of kabbala and Jewish mysticism, as the colorful backdrop for discussions of good and evil, reward and punishment, and G-d's role - or lack thereof - in the world. The author devotes a great deal of attention and emotion to the latter issue as his novel's characters try to understand why good people suffer while the very worst among us seem to reap honor and riches, and vehemently debate whether or not G-d even cares about the world or anyone in it.

The plot is simple: Satan is in Israel and living in Safed. A corrupt rabbi, driven by scandal from Jerusalem, comes to Safed, discovers Satan's whereabouts, and makes a pact with the Devil in exchange for his soul. The townspeople, previously content with their city as it has been for hundreds of years - impoverished but holy - now find themselves tempted by the corrupt rabbi's promises of vulgar wealth in exchange for allowing him to become the town's Chief Rabbi and Rosh Yeshiva. The alert reader will no doubt discern the faint echoes in this story of Isaac Bashevis Singer's monumental first novel, Satan in Goray, in which evil and messianic hysteria are unleashed upon a 17th century Jewish shtetl, as well as Friedrich Durrenmatt's The Visit, in which an impoverished town is corrupted and driven to murder by promises of wealth.

The story is fast-paced and exciting and the writing is excellent throughout. Silverman's characters come across as real, three-dimensional people, drawn so vividly we can almost touch them. The author's ear for dialogue is good; characters speak like authentic, contemporary men, women, boys and girls, and not like the cardboard cutouts that inhabit so many less well-written novels. And, as a twenty-year resident of Safed and former member of its city council, Silverman is able to provide us with an insider's view of a city that often seems a bit strange and remote to many visitors.

The Kabbalist is both thought provoking and a genuinely good read. Be forewarned, however, that the author's uncompromising devotion to realism, evident in his character development and use of dialogue, extends to the book's plot as well. The Kabbalist is not for everyone. Occasional scenes of extreme violence and explicit sex will probably keep it out of the hands and off the bookshelves of many local readers. Those not deterred by these things, however, will find Silverman's unusual novel well worth their time.

Carl Hoffman grew up in Boston and was educated in New York and Philadelphia. He holds a Ph.D. degree in Anthropology from the University of Pennsylvania, and has lived among headhunting groups in ...
More...