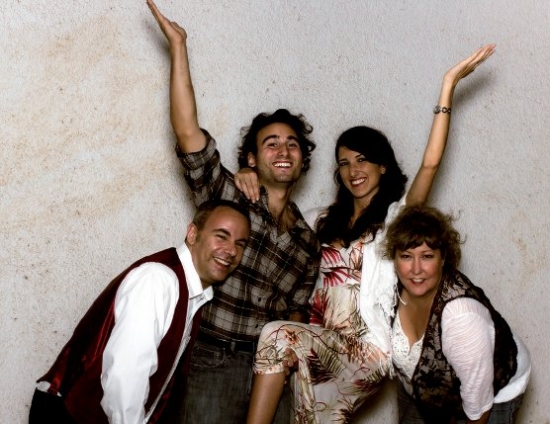 The Guild Theater, the official English speaking theater of Raanana, will be opening its current season with the longest running off-Broadway musical in history, The Fantasticks. This musical has appeared in almost every language all around the world. The classic tale has a clever and witty plot, a variation on the classic boy meets girl, boy loses girl, boy gets girl genre.

"Try to Remember" is the most well-known of the many songs that fill the show, and along with poetry, hysterical lyrics and outrageous characters, makes this show a firm favorite.

In the words of director Robert Schenck, “The Fantasticks was one of the first musicals I saw live on stage when I was a boy… and for weeks afterwards I walked around singing the score off-key. I can still sing almost the entire score, but still off-key. The show really spoke to my sense of romance and adventure, and while other kids were pretending to be Batman, I was running around as El Gallo.”

Two young talents, Ilana Gindis and newcomer Avi Aharoni, have been cast as the two young lovers, Luisa and Matt. Both have great voices and fantastic comic instincts and timing. Ilana was last seen in the Guild’s production of All My Sons. “Casting these two roles with winning young performers is vital to Fantasticks,” says Robert Schenck. “Everyone can really relate to their characters, and Ilana and Avi find both the beauty and pathos of first love … and first loss.”

In true Guild Theater style, the company has cast a woman as the charismatic bandit and narrator, and there are interesting nuances and elements to the show. El Gallo will be played by Limore Badin, whose talent and show-stopping voice brings a totally unique dimension to “La” Gallo.

The cast is rounded out with faces which are familiar to and well-loved by Guild fans, such as Rashi Rosenzweig and Daniella Roman as the parents, Grant Crankshaw as Henry, Adi Grotsky as Mortimer and 13 year old Mischa Schenck playing a “Harpo Marxian” version of the Mute.

The Guild’s upcoming season also includes Arthur Miller’s All My Sons, which will be performed in February 2013, and The Rainmaker by N. Richard Nash in April.

Born in Kfar Saba, Israel, Daniella spent most of her life in South Africa and attended Carmel College in Durban and King David Linksfield in Johannesburg. She went on to obtain a BA Honors (Dramat...
More...