All aboard! Bus takes us for visit to kibbutz tractor museum 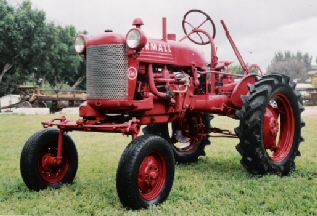 On a delightfully sunny day in January, a busload of ESRA members visited Kibbutz Ein Shemer. In its museum, filled with memorabilia of its early days, a grandson of one of the founders told us the history of the kibbutz. We then all hopped on a home-made “bus” pulled by a 1946 farm tractor for a tour around the kibbutz, and visited its vintage tractor museum.  Old and rusty farm tractors, both from the kibbutz and from other parts of Israel, repaired, painted and reconditioned, are now all in good running order and on display.  They come out “on parade” every Shavuot.

After a picnic lunch, we drove to Shuni Park. There we heard about the fun the wealthy Romans of Caesarea enjoyed in celebrating their water and fertility festivities in their Shuni theater and Olympic pool, frolicking in the abundant spring waters. The aqueducts built by the Romans to Caesarea brought the water from the Shuni springs. The site was reconstructed in 1986 by the Jewish National Fund (JNF).   Shuni Park is also called Park Jabotinsky, after Revisionist Zionist leader Zeev Jabotinsky. During the British Mandate members of Etzel used this area for weapons training and military exercises. Here the plans were made to break their comrades out of Acco prison to save them from the British gallows. There is a large memorial to Etzel standing among the trees. Finally, we enjoyed seeing the beautiful, sensuous sculptures in bronze, marble and black basalt rock created lovingly by Amiad Shoshany, who gifted 90 of his sculptures to the JNF which housed them here.

An enjoyable day was had by all.