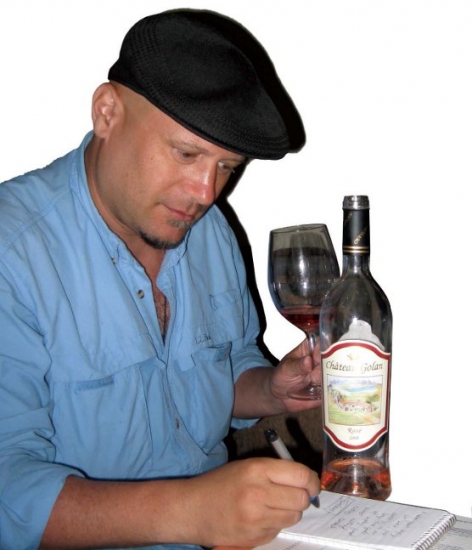 In my previous column I mentioned Carignan as a plausible choice for Israel’s signature wine grape, the principal rationale being that it is already the most planted grape in Israel and some winemakers have proven it capable of making fine wines.  Another red wine grape that shows even greater potential for ushering Israeli wines into new and not exclusively kosher markets is Cabernet Franc.

Like Carignan, no major wine country promotes Cabernet Franc as its signature grape. In the French regions that are its biggest source of production, Cab Franc is most typically labeled by its appellation (region of origin) rather than as a single varietal in the Loire Valley, or as part of a blend in Bordeaux.

Some winemakers say Israeli Cabernet Franc is already making inroads into European markets, where many consumers recognize the name of the grape and appreciate the more fruit forward versions available from Israel than from France.  Ya’ir Margalit, of the small but immensely influential Margalit Winery, claims that their highly rated Cabernet Franc is in greater demand in Germany, for instance, than even their more than more highly respected Cabernet Sauvignon, Merlot or Bordeaux-style Enigma series.

Cabernet Franc has another advantage over other red wine grapes targeted for export. The largest current export market for Israeli wines is the United States. Most of that wine never gets distributed very far away from their New York or New Jersey importers. One may ask, so what? As it turns out, Long Island, New York vineyards have sprouted a wave of well-regarded Cabernet Franc releases so that the hordes of locals going on wine tours should be predisposed to try Cabernet Franc over the less recognized Carignan alternative.

Other red alternatives might take off but they haven’t yet been planted widely enough or been produced as award class wines in Israel to gather enough interest to be considered seriously. Spain’s Tempranillo and  Italy’s Sangiovese red grapes have shown some potential  since they’re not marketed much by their varietal name in Spain and Italy respectively, but under the region they hail from. It’s feasible these Mediterranean grapes could get traction, but that would take many years to nurture.

Some winemakers have been experimenting with Petite Verdot, the only Bordeaux red grape that has never really taken off as a single varietal anywhere. Winemaker Assaf Margalit has suggested that Petite Verdot tends to be more expressive and fruity in Israeli wines than in those from Bordeaux, but no one winemaker has even made it consistently well as a single varietal and it is used almost exclusively for blending with other grapes.

However, winemaker Uri Hetz at Chateau Golan thinks Israel is too immature a wine region to know what grapes will in the long run be best suited to the country’s various microclimates and soils. Winemakers should take the opportunity to experiment and not now get locked into standing behind any one red grape varietal. Speaking as an artist he’s probably right, but making good wines is only half the equation in developing a successful wine region. Marketing is critical and most regions have benefited from being identified with one or a few particular wine grapes. Would many of us have tried New Zealand Pinot Noirs and Argentine Merlots had New Zealand Sauvignon Blancs and Argentine Malbecs not first paved the way?

The Morman University Sunday Concert, with ESRA
Congratulations to ESRA Rehovot on its 10th
THANK YOU!
Hand in Hand Food Pantry