Stepping Out Into Historical Tel Aviv

On Wednesday 27 March 2019, my husband and I, together with a gang of enthusiastic participants, took part in yet another excellent ESRA guided outing, this time a walk through a section of historical Tel Aviv.

With umbrellas at the ready but with optimism that the forecast rain would not happen, we set out on our adventure. Our first point of interest was the Suzanne Dellal Center, situated underneath beautifully perfumed orange trees. Our excellent guide, Eldad Levine, informed us of the history of the surrounding area which has been renovated, with many buildings in the area being restored to their original beauty.

We walked along Shabazi Street and stopped at a very pretty courtyard where our guide related the history of the Neve Tzedek neighborhood which was founded outside the walls of the ancient port of Jaffa. It is now an extremely up-market neighborhood, boasting a number of celebrity homeowners including Gal Gadot and Roman Abromovich. Eldad told us about the families who founded Achuzat Bayit, the original name of Tel Aviv. They had designed the new Jewish city with open spaces in contrast to Neve Tzedek.

We then continued along the charming Shimon Rokach Road. The song goes 'I left my heart in San Francisco', well, I left mine in Shimon Rokach Road! The houses were beautifully restored. We passed by the Shluss family home, which was the first home built outside the Jaffa walls. Opposite was the home of the Aboulafia family. Shlomo Aboulafia was a representative of the Jews in Jaffa. After his death, his wife Rivka rented her attic to an author Shmuel Czaczkes, who wrote a book about his unrequited love for a young lady whom he observed from his attic window. The lady’s father was none too impressed by the struggling author and refused to allow his daughter to marry Czaczkes. Later Czaczkes wrote the book 'Agunot' from which he derived his Hebrew name, Agnon becoming known as Shai Agnon, the celebrated Nobel Prize winning author.

Outside the windows of these lovely houses there are small iron rods about four inches long, at the end of which are small carved male heads with turbans. These were to stop the shutters from blowing back in the wind, but by pulling them down, a female face is revealed. Apparently, if it was the female face showing, it was a message to lovers that the man of the house was absent from home; ingenious!

Our next stop was the Nahum Gutman Museum, dedicated to the local Tel Aviv artist who lived in the neighborhood in the early 20th century. Scenes of Jaffa and Tel Aviv dominated the art exhibition with the artist’s work ranging from the 1920's up to the 1960's.

At the end of the street we viewed Shimon Rokach’s home, in which family members still live.

Then on to Gutman’s stunning outdoor mosaic fountain sited at the southern end of Rothschild Boulevard. The mosaic includes both biblical and early Tel Aviv scenes.

We enjoyed packed lunches sitting around the fountain; others sampled the many eateries close by.

Our walk then took us along Rothschild Boulevard as we competed for space with both local and foreign tourists; we stopped at the statue of the first Tel Aviv Mayor, Meir Dizengoff astride his horse.

The Bank of Israel visitors’ center was our last stop. There we viewed coins from Israel and the notes and coins minted by the State of Israel. There was an interesting lecture on the minting of money and the safeguards embedded in the banknotes to keep them safe from forgery. We all had the opportunity to receive NIS 3,000 in used notes that had been taken out of circulation. The notes were a good present for our grandchildren who were not impressed that they had been shredded by the Bank into tiny pieces.

The weather was good all day, and many thanks once again to Cecily Hanson for researching and organizing the outing.

Milestones 200
From Bible to Bedouins and Battles 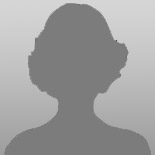