By Maia Aron and Nina Reshef

Left: No. 1: May / June 1979 ESRA launches its first Newsletter
a prototype for the next 40 years
Middle: Margaret Thatcher    Right: Moshe Dayan

ESRA burst on to the scene in 1979, but what else was happening in Israel and the world that year? Maia Aron and Nina Reshef take a look back

While ESRAmagazine’s birth was a momentous occasion, we wondered what other events shook the world in 1979. Here’s what we found.

The year began with the UK’s “Winter of Discontent” – widespread strikes by public sector unions that paralyzed the country during a particularly brutal winter. The Labor government’s inability to contain the strikes eased Margaret Thatcher’s Conservative victory four months later.

While Great Britain remained frozen, relations between the US and the People’s Republic of China (PRC) grew considerably warmer as formal diplomatic relations began.

A robot killed a human being for the first time in history. The unlucky victim, Robert Williams of Dearborn Heights, Michigan, was dispatched to take over a parts restocking task from a robot which was working too slowly; the robot hit him on the head in response.

The US performed a nuclear test at its Nevada test site.

Ayatollah Ruhollah Khomeini returned to Iran after 15 years in exile; shortly thereafter, he declared the birth of the Islamic Republic. Meanwhile, China’s invasion of Vietnam marked the start of the Sino-Vietnamese War.

Rod Stewart’s “Da Ya Think I’m Sexy?” hit #1 on the pop charts; “Roots: Next Generations” premiered on US television; Paul Shirley sucked a Lifesaver for 4 hours and 40 minutes in Australia, and it snowed in the Sahara for the first time in recorded history.

The US performed another two nuclear tests in Nevada, and the USSR performed two in Eastern Kazakh/Semipalatinsk.

In the US, the nuclear reactor at 3 Mile Island, Pennsylvania, experienced a major meltdown.

France performed a nuclear test at Mururoa Atoll, in what was formerly French Polynesia.

In Lebanon, Saad Haddad, commander of the Maronite Christian-dominated South Lebanon Army, declared the area an independent state. Much of this area became part of the South Lebanon Security Belt, controlled by Israel and the Free Lebanon Army after the 1982 Lebanon War.

In the USSR, anthrax spores were accidentally released from a military research facility near the city of Sverdlovsk (now Yekaterinburg), resulting in about 100 known deaths.

Israel officially began return of the Sinai Peninsula to Egypt. In Teheran, Jewish leader and businessman Habib Elghanian was executed by an Islamic Republic firing squad, which speeded the exodus of Iran’s Jewish community.

In the UK, Margaret Thatcher became the first woman to be elected Prime Minister.

The USSR performed a nuclear test at Eastern Kazakh Semipalatinsk.

US President Jimmy Carter and Soviet leader Leonid Brezhnev signed the SALT II Treaty in Vienna to limit the spread of nuclear weapons. However, the US Senate failed to ratify the treaty after the USSR invaded Afghanistan later in the year.

In the UK, Bryan Allen flew the Gossamer Albatross – the first human-powered aircraft to cross the English Channel – from Folkestone, England to Cap Gris-Nez, France.

Sony introduced the Walkman, the world’s first portable media player, and changed the nature of audio forever: For the first time, people could “take their music with them” in the form of audio cassettes.

In France, a car bomb destroyed the Renault owned by Nazi hunters Serge and Beate Klarsfeld; in Antwerp, the IRA bombed the British Consulate; and in Nicaragua, the Sandinista government began its rule after President General Anastasio Somoza Debayle fled to Miami.

In Iraq, Saddam Hussein, who played a key role in the military coup that brought the Ba’ath Arab Socialist Party to power in 1968, seized total control upon being sworn in as the new President of Iraq and Chairman of the Revolutionary Command Council.

Michael Jackson released his breakthrough album “Off the Wall,” establishing him as a solo superstar. Francis Ford Coppola’s “Apocalypse Now” was released at the Cannes Film Festival, and Monty Python’s “Life of Brian,” starring Graham Chapman and John Cleese, was premiered.

Bolshoi Ballet dancer Alexander Godunov defected to the US while on tour in New York City; Soviet cosmonauts Vladimir Lyakov and Valery Ryumin returned to Earth aboard Soyuz 34 after a record 175 days in space.

The IRA conducted the deadliest attack in the history of the Troubles. In an ambush at Warrenpoint in Northern Ireland, 18 British soldiers were killed and 6 injured by two roadside bombs and volunteers who fired while hidden in the nearby woodlands. On the same day, the IRA assassinated Louis Mountbatten, 1st Earl Mountbatten of Burma and his guests, vacationing off the coast of Ireland.

Two days later, Great Britain performed a nuclear test at the US nuclear test site in Nevada. The next day, a comet hit the sun and released energy equal to one million hydrogen bombs.

The US performed another nuclear test in Nevada and the USSR performed two additional tests in Eastern Kazakh Semipalatinsk.

A five-day “No Nukes” Concert, with the participation of Bruce Springsteen and Crosby, Stills & Young among others, was held at Madison Square Garden; ESPN (Entertainment and Sports Programming Network) began operation.

Moshe Dayan abruptly resigned as Minister of Foreign Affairs after complaining that he had been frozen out of the West Bank and Gaza Strip autonomy talks by Prime Minister Menachem Begin's Likud coalition.

The US returned the Panama Canal Zone, but not the canal, to Panama after 75 years of US sovereignty; Disney World, located in Orlando, Florida, welcomed its 100-millionth guest.

Israel returned the Alma oilfields, in the Gulf of Suez, to Egypt.

500 Iranian students loyal to Ayatollah Khomeini seized the US Embassy in Tehran and took 90 people hostage for 444 days, prompting Ayatollah Khomeini to declare the US “The Great Satan”. US President Jimmy Carter halted Iranian oil imports and froze Iranian assets. Shortly afterward, Ronald Reagan announced his candidacy for US President.

Sir Anthony Blunt, art advisor to Queen Elisabeth, was exposed in Parliament as the mysterious “fourth man” in the infamous Cambridge spy ring, although his identity had been known to British intelligence since 1964.

Pink Floyd’s “The Wall” was released, selling 6 million copies in two weeks; Pat Summerall and John Madden broadcast together for the first time, beginning a 22-year partnership that made sports broadcasting history.

NORAD (North American Aerospace Defense Command) reported that 2,200 missiles were enroute from the USSR to the US and that the President had 3 to 7 minutes to decide whether to retaliate.  A few minutes later, it was discovered that a training exercise had been loaded into an operational computer by mistake, and war was avoided.

The US performed a nuclear test in Nevada and the USSR performed one in Eastern Kazakh Semipalatinsk.

“Star Trek: The Motion Picture,” the first of the Star Trek movies, premiered; 11 people were trampled to death at a Who concert in Cincinnati; Chris Haney and Scott Abbott developed Trivial Pursuit; The Right Stuff, Tom Wolfe’s story of the US space program, was published. 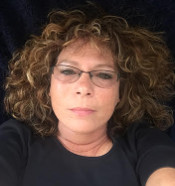 Maia Aron made aliyah from the U.S. in 2016. She has worked in journalism, marketing, advertising, fundraising, and insurance.