WHAT HAPPENED TO SHORT PRAYERS? 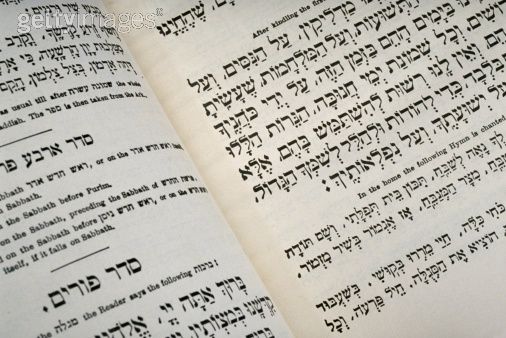 Jews praying in the Synagogue on Yom Kippur, 1878, by Maurycy Gottlieb

The older I get the more time I spend thinking about the way our religion has developed. One of the aspects that intrigues me concerns the length of our synagogue services, particularly those on Shabbat and Yom Tov. Are such long services necessary and are they in accordance with the original intention? To discuss these questions we must go back to their beginnings.

In his book ‘Judaism and Hebrew Prayer’:

1.    He quotes authorities to show that obligatory worship was a Temple activity only.

2.    That there were no communal prayer services inside Palestine before the destruction of the Jerusalem Temple.

3.    It is generally agreed that after the destruction, communal prayer came into being as a substitute for the Temple sacrifices.

4.    He does stress (page 48f) that communal services existed in Batei Knesset, meeting houses, among some sects outside Palestine just before this period.

5.     Jews attended them to do business, study, read the Torah, pray and discuss matters of general interest.

6.    He explained that although personal prayers have always existed, not all of the early sages agreed that communal prayer services were an appropriate substitute for the sacrifices.

When the concept of communal prayer services was generally accepted, its liturgy, he wrote, was arrived at during the Talmudic period by consensus. It probably comprised the Shema, the Ten Commandments, the Priestly Blessings, the first and last three paragraphs of the Amidah, short passages from the Torah, psalms and perhaps other readings.

Prof. Reif mentioned that the liturgy for the services was arrived at during Talmudic times, so let us look at the Talmud itself and see what it says about prayer.

The Mishnah was compiled by Yehudah Hanassi and was completed around 200 C.E. This compilation is the rehearsed opinions and statements of the first teachers, the Tannaim (singular Tanna), of the first two centuries C.E.

The two Gemaras contain the discussion of the Mishnah by the Amoraim, the later teachers, and they were completed around 5/600 C.E. An important principle was that Amoraim were not allowed to disagree with the Tannaim unless they could quote from a Tanna in support. The teachings of the Tannaim, as quoted in the Mishnah, are considered to be the cornerstone of rabbinic Judaism.

It is because of the importance placed on the teachings of the Tannaim that I referred to the index of the Mishnah, to see what is said about ‘Prayer’ and was surprised how little it does say. I quote the only two relevant references which I found. They stress that Prayer must be short and spontaneous; contrary to the long formal services we have today.

1)    Mishnah Berakoth. Chapter 4. Section 4: “He that makes his prayer a fixed task, his prayer is no supplication.”

2)    Mishnah Avoth. Chapter 2 Section 13: “Be heedful in reciting of the Shema and when you pray make not your prayer a fixed form but plea for mercy.”

Prayer as the substitute for sacrifice:

According to the Oxford dictionary, the word ‘Sacrifice’ has two meanings. One meaning describes the slaughter of an animal for religious purposes. The second describes the giving up of a valued thing for something more important. We are told by Prof Reif that not all of the early sages agreed that communal prayer services were an appropriate substitute for sacrifices.

In the introduction to the new Singer’s Prayer book, Chief Rabbi Jonathan Sacks admits that, ‘Sacrifice could not be less like prayer’.  So why did the rabbis choose prayer, rather than charity, (the giving up of a valued thing) as the preferred substitute for sacrifice? Would not ‘charity’ be the more appropriate substitute?

Following the destruction of the Second Temple, the Tannaim recommended that our prayers be said from memory only. It was only later that prayers were written down. Up till the middle ages, prayer books contained very few prayers and because they were in manuscript they would have been very expensive, beyond the reach of most. Many would not have had any access to them at all. The first known systematic prayer book is that of Saadiah Gaon, written in Arabic in the 9th Century C.E. A copy was found in the Bodleian Library, Oxford in the 19th century. With the introduction of the printing press the number of prayers included rapidly increased and today they fill many extra pages of our prayer books. It would be interesting to know who selected the extra prayers and who wrote them. Were they mystics or poets? When were they written and why?

Following the introduction of these new prayers, some not previously recited and maybe not even known before the printing press, they are now being treated as an essential part of the communal prayer service. Volumes have been written to justify their inclusion and to explain why they are ‘essential’. But if they were not included till the 16th century, they may comfort some, but how can they be essential?

I once asked a rabbi friend why our services were so long. He replied that they are intended to keep us in synagogue. At the time I thought that he was being flippant but maybe he was being serious. After all, on Shabbat and Yom Tov, unless you live in an interesting area, there is not much to do on an afternoon and so perhaps the number of prayers was increased to fill the time available.

The prayer book contains many subjects such as philosophy and mysticism which are not prayers. It would be more appropriate, educational and interesting if these subjects were discussed rather than constantly repeated by rote. They are controversial. There are differing understandings offered on each. We might find that many congregants would disagree strongly with some of the suggested understandings. This suggestion is not likely to be taken up.

People who lived two thousand years ago must have had anxieties, stresses and problems similar to those we have today. The need for personal and petitional prayers probably remains constant throughout the generations. But why should we, today, need much longer communal prayer services than they needed then?

What happened to the Tannaim’s instructions for short, spontaneous prayers?

A PLACE OF THEIR OWN
THANK YOU!
DEAR EDITOR 156
Kabbalah For All

Woolf Abrahams, a retired businessman, came to live in Israel in 2004 but has been visiting it annually since 1959. He was born in the East End of London in 1926 into an Orthodox community and attende...
More...