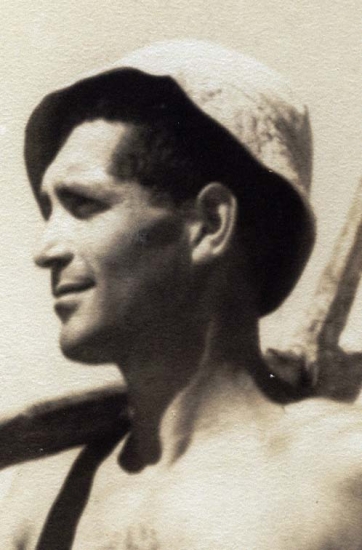 My dear friend Bill Neurenberger passed away on November 8, 2005 at age 89. Now, four years later, I reflect upon a life unique in its personal details, but also a life that mirrored the tragic and heroic experiences of many Jews who escaped from Europe before the onset of World War II and came to Palestine as graduates of Betar.

Bill was born in Genzendorf, Austria on September 9, 1916. His family later moved to Steyr in Upper Austria, where his father was the rabbi for an area that included about 100 Jewish families. Even at a young age Bill was idealistic and committed himself to his ideals; he became a member of Betar in Vienna and throughout his life his closest friends in Israel and abroad were those with whom he had grown up in the movement.

He was drafted into the Austrian army in 1937 but after the Anschluss (March, 1938) he was discharged because he was Jewish. He immediately left for Palestine with the first transport group under the auspices of Betar and Etzel. The consequences of his act were immediate. The Austrian authorities forced him to relinquish his Austrian passport, thus rendering him stateless. All he had was his birth certificate. Prior to his departure he had “married” another member of Betar so that she, too, could get an immigration certificate. Shortly after their arrival they got “divorced”. He joined Plugat Betar in Rosh Pina where he worked as a laborer and guard.

In 1939 he joined the British army's Palestine Regiment and served there for four years, seeing action in Alexandria, Aqaba and Libya, specifically Tripoli. At the time of the regiment’s tour in Tripoli, an Arab pogrom against Jewish citizens was being organized. The British, on the pretext of required maintenance, relieved the Palestine Regiment of their weapons, thereby making it impossible for the Jewish soldiers to stop the massacre. Despite being in British uniform in the fight against the Germans, Bill managed to smuggle arms in Palestine to aid in the underground fight against British occupation.

After the war he returned to Palestine. He joined Etzel but after hearing a recruitment speech by David Stern (Avraham “Yair” Stern’s brother), he joined Lehi and took part in many actions against the British. During this tumultuous period of pre-State history, political ideology was often transferred into acts of bitter partisanship, and Bill was caught on the frontline of these disputes.

Early in 1947, Bill was tipped off that the British were looking for him. He managed to acquire forged laissez-passer travel documents and left for France, where he spent a year “working” (for board and lodging) for Aliyat HaNoar which was instrumental in helping refugee children get to Palestine. At the end of that year he decided to visit his brother and sister in the United States to where they had managed to escape from Austria. Although his brother tried to assist him with the immigration authorities in New York, Bill was refused entry and had to continue on to Cuba. His brother, newlywed and struggling to make ends meet, sent him whatever money he could and did his utmost to secure immigration papers for him. Yet Bill remained stranded in Cuba for seven months, during which time he often had to subsist on two cups of coffee a day. He was not permitted to work there as he was stateless and without any proper documents (thanks to the British Mandate authorities).  In desperation, he went to the Austrian Embassy in Havana and applied for a passport. After several weeks he was given one with the proviso that he not return to Austria to take up his status as a citizen. It was as if the war had never happened. Angry at the Austrian authorities, Bill tore up the passport and deposited the shreds at the embassy.

While Bill was in Cuba, the State of Israel was reborn. He promptly went to the Israeli Consulate and was given travel documents. Incredibly, the immigration papers from America arrived at the same time. Thus after seven months of waiting, all three travel documents – Israeli, Austrian and American – arrived within one week of each other! He first went to visit his brother and sister.

Bill’s intention was always to return to Israel, but he felt he had an obligation to repay his brother for all his efforts and financial assistance. Bad luck continued to dog him: He contracted hepatitis and ended up in the hospital for three weeks, with his brother again bearing all the costs. Upon his recovery, he and his sister went into business with the help of a government loan targeted at immigrants entering agricultural pursuits. They started raising chickens and sold the eggs. After a few years Bill converted the chicken coops into modern dog kennels, a business he maintained until he retired. In the meantime, Bill had married, fathered two daughters and got divorced; he won custody of the girls whom he raised alone.

In 1976 he returned to Israel with his younger daughter. Bill subsequently met and married Reina; together they settled in Kochav Yair, where he lived up to the time of his passing.

Bill was a part of the history of his generation, and his actions and beliefs also helped make that history. My friendship and respect for him are a small part of his history.

Michael was born in South Africa in 1940. He worked in Furniture Industry for 3 years until end of 1961. He studied Bachelor of Arts course at University of Witwatersrand, Johannesburg completing 2 y...
More...