Memorial to the Slaughtered

The procession of local children, townsfolk, Lithuanian and foreign dignitaries
and descendants walking from Birzai to the Pakamponys Forest

Photo: Courtesy of The Birzai Jewish Culture and History Society

On June 16, 2019 about 500 people gathered in Birzai, Lithuania to dedicate a memorial to the 2400 Jewish citizens of the town who were brutally murdered by Nazi officers and Lithuanian gangs in the Astrava Grove, Pakamponys Forest on Friday, August 8, 1941. The group was made up of about 50 descendants of Jews born in the town, citizens of today’s town and the neighboring districts, and Lithuanian and foreign dignitaries. I joined the group because my grandmother was born in Birzai, and co-incidentally, my husband’s grandfather was also born there, so together with other cousins we made up a family contingent of seven. The rest of the descendants were mostly South African born, but currently hailing from many different countries, including a number of Americans.

The entire memorial project was expertly planned and executed by Glenda and Abel Levitt of Kfar Saba, working with Vidmantas and his son Merunas Jukonis, Lithuanian teachers from the town of Birzai, with the generous support of Ben Rabinowitz from Cape Town and others.

The day began in a town square near the former Jewish quarter of Birzai, where, in a very moving ceremony, trees were planted in the names of Lithuanians who had managed against all odds to save a few Jewish souls. From there, the 500 participants walked the same 3km trail that the condemned Jews had walked from the town to the forest clearing where they were stripped, shot in cold blood, and thrown into a mass grave.

The memorial ceremony included speeches by honored guests, amongst them the Israeli Ambassador to Lithuania, and the unveiling of the very beautiful and moving memorial wall made of sheets of metal winding over a stream in the forest, with the names of the victims cut out on the metal and adorned with Stars of David. Only about one-fifth of the names of the 2400 victims appear - these are the names that family members have been able to uncover from personal memoirs and archives.

Another very amazing and very emotional part of the ceremony was the performance of the Birzai high school choir, whose members had learnt the words and music of two beautiful and touching Hebrew songs, which they sang in perfect Hebrew and harmony.

The dedication ceremony was the culmination of a few days spent visiting the little that is left of the original Jewish area of Birzai, including a building where one is still able to decipher the words מושב זקנים above the lintel, meeting with the townsfolk and the schoolchildren, and visiting the town museum and the original Jewish cemetery where hundreds were buried until the fateful annihilation in 1941. For some of us, the visit to the cemetery was a profoundly emotional experience, as we were able to find family gravestones, including those of my husband’s forebears.

A surprising aspect of the visit was the meetings we had with the high school students, many of whom speak an impeccable English. When checking through the itinerary before we left Israel, I noted these meetings and imagined that we would be there to educate the young people about the atrocities that took place in their town in 1941. To my amazement, I found that the students, working with their enlightened teachers Vidmantas, Merunas and Virginija Kalniniene, had studied and researched their dark history and gently, honestly and caringly described the loss of a third of the town’s population. I learned about the efforts that they are making to ensure that the memory will remain alive and never again will it be possible for such an atrocity to take place.

It was Glenda and Abel’s careful and inspired planning, hard work and attention to detail that made this trip truly memorable. They introduced us to both the young and the old people of the town of Birzai, who received us with such warm hospitality. Their willingness to admit to the horrors that took place and to make sure that the younger generation learns the lessons of the past, inspires one to hope for a better future.

See a beautiful video clip of the ceremonies https://www.youtube.com/watch?v=tma3ilTQ0aU&feature=youtu.be

Jon Levinson
2019-09-21
Kol HaKovod to Abel and Glenda. We are proud to have them as friends.
Lee Zulman
2019-09-22
Thank you for this well-written wrenching article which I reread so that I could listen to the beautiful Hebrew song sung by Lithuanian students, who educated about the heinous acts perpetrated by the people of their town, worked hard to prepare a program of contrition and healing. Many survivors spent years on making this happening, forging relationships with mayors, educators, and people across the world, to memorialize as many as they could and also recognize those who risked their lives to save Jews. I salute you. 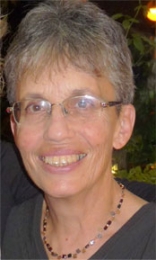 Myra Olswang was born in South Africa and studied librarianship at Wits. She immigrated to Israel with her husband, Les, in 1968.

Myra worked for many years as the librarian in the Ramat Ha...
More...