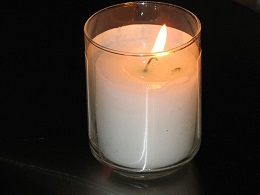 That was twenty-five years ago. Since then I have passed through the life cycle phases of attending a lot of weddings, then a lot of brits, later a lot of barmitzvahs, and more recently, second marriage ceremonies and yes, funerals. Lately, the funeral part has occurred with greater frequency. Beginning with my dad’s passing two years ago. And most recently, a friend losing his mother and another friend losing his sister.

With all of these deaths, I always recall the words of author John Irving, whom I once asked at a book signing, “What is your opinion of premature death?”

“I’m against it.” he answered.

That half minute exchange was 35 years ago and I’ve never forgotten it. But, I am against death, even if it’s not premature. The “prematurity” part only brings up more questions. The passing of people is no more palatable, even if they are in the 80’s, 90’s or 100’s.

What I dislike most about death is that it is so irreversible. It’s like that creepy road sign, “NO OUTLET.” You mean, I can’t even turn around?

I mostly think about death, when I attend sporting events. At sporting events the results of the competition will be recorded, for everyone to see and reference for a hundred years or more. However, the lives of the thousands of people in attendance go undocumented. Perhaps, there should be a fan “volume barometer” that could be measured and recorded alongside the game results. What do we know of these people? How much do you know about your great-great-grandparents?

The indoor events are worse. It’s because of the echo. The noises don’t just come and go, they linger on, and reverberate from the field, to the ceiling, to my ears, then disintegrate. In acoustics, they call it decay. But, my imagination takes over; time will wipe us all out. Time is the great equalizer.

I don’t dwell on death. After all, I’m an orthodox Jew, not Woody Allen, and there is plenty to live and celebrate. And when I do reflect, I usually take a light-hearted view of our obliterating mortality. A rabbi in my neighborhood told me about a guy who had written into his Will that he must be buried with a telephone. He was worried doctors may mistakenly pronounce him dead, the family would bury him, he would wake up and… So, he wanted a phone, just in case. Moments after he was buried the family actually heard his phone ring. Somebody misdialed and accidentally called the deceased. Now, that’s funny.

I also recall the tombstones of deceased celebrities. Rodney Dangerfield: There goes the neighborhood.  Merv Griffin: I will not be right back after this message. Mel Blanc: That’s all folks.

As orthodox Jews, we are fortunate that Hashem always reminds us about time. I believe the first mitzvah, after the Jews left Egypt, was that of recognizing Rosh Chodesh, the new month. Of course, we also stop and rest every seven days. And on Rosh Hashanah Jews mark the beginning of another year. I’m grateful G-d has built into our lives a constant reminder that the train is passing thru and you better hop on before it's too late. Yes, we do take our learning and mitzvahs with us, eternally; but remember, we can’t do mitzvahs, or visit friends, or call our mom, or play frisbee in heaven.

I’m making these notes in the parking lot of my urologist's office. He says I have an enlarged prostate. I tell him, my dad’s prostate was so big the U.S. government considered making it our fifty-first prostate. He doesn’t laugh. Instead, he says, “your dad is not my patient,” and exits. I stare at the anatomy poster taped to the wall. Where the heck is the prostate? I wonder. When I do locate it I am alarmed by its tininess. How can something so small make such a difference?

This of course is the same question asked by our secular rationalist friends and family members when we mention mitzvahs.

“Do you think G-d really cares about…

...the length of your tzitzits?”

...the number of cups you drink at the Seder?”

Now, I know what to answer. My doctor cares about the first digit in my PSA count. And my gardener advises me as to the placement of a certain tree so it receives enough sunlight and flourishes. And he tells me the bushes in front of my house aren’t flowering because they are suffering from a magnesium deficiency. You see everything, be it spiritual or physical, comes down to inches, centimeters, and seconds. So, is it so strange that G-d cares about the small stuff?

I once heard a rabbi say we should sweat the small stuff. Climate change, the women's march, all that big stuff the talking heads speak about on the News, I’m not giving it a minute. Instead, I’m giving G-d, the people near and dear to me, and myself, a minute. I have a washing machine, voice mail, automatic check payment, and work a half mile from home; I can fit it in.

How long does it take to call my mom and talk? Today, I timed it, believe it or not, my phone read: 10m 13s; or 613 seconds. That’s also the same number of mitzvahs found in the Torah. So, with Hashem’s help let’s sanctify the seconds. And may Ettie Klinghoffer rest in peace.

Moshe Morgenstern
2019-03-12
Mr. Weinfeld reminds me a lot of the old Arnold Fine articles that appeared in the Jewish Press for decades. Just a little updated. Let's hear more from this writer.

A Bit of Humor
Reaching Beyond….THE VIEW FROM 50+

Sholom Weinfeld was born and raised in the garden state [New Jersey]. He was always encouraged by his teachers to write and after graduating from Somerville High he hitchhiked around the country an...
More...